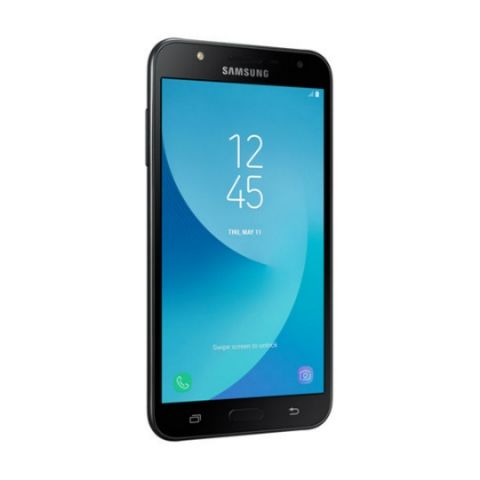 Samsung has launched a revamped version of it’s Galaxy J7 Nxt smartphone with 3GB RAM and 32GB ROM priced at Rs 12,990. The new model is listed on the company’s online store where it’s currently out of stock. The smartphone was previously launched in India with 2GB RAM/16GB ROM back in July which is now listed at a slashed price of Rs 10,490.

An offline retailer, Mahesh Telecom recently tweeted that the refreshed variant of the smartphone will soon be launched. The tweet also revealed that the Galaxy J7 Nxt will be updated with support for Samsung Pay Mini and AR stickers.

In terms of hardware, the Samsung Galaxy J7 Nxt is powered by a 1.6GHz octa-core processor and sports a 5.5-inch HD (720x1280 pixels) Super AMOLED display. The dual-SIM device runs on Android Nougat and is powered by a 3000mAh battery. It sports a 13MP single rear camera sensor with an aperture of f/1.9, autofocus, and a flash. The smartphone comes with a 5MP front-facing camera for selfies.

In terms of connectivity, the Samsung Galaxy J7 Nxt sports Wi-Fi, Wi-Fi Direct, Bluetooth 4.1, GPS, and Glonass. It is powered by a 3000mAh battery. It features expandable storage of up to 256GB via a microSD card. The device will rival against smartphones like the Xiaomi Mi A1 and Honor 7X. The Xiaomi Mi A1 also received a price cut of Rs 1,000 and is now available at Rs 13,999 against its launch price of Rs 14,999, whereas the Honor 7X (review) was launched starting at Rs 12,999.