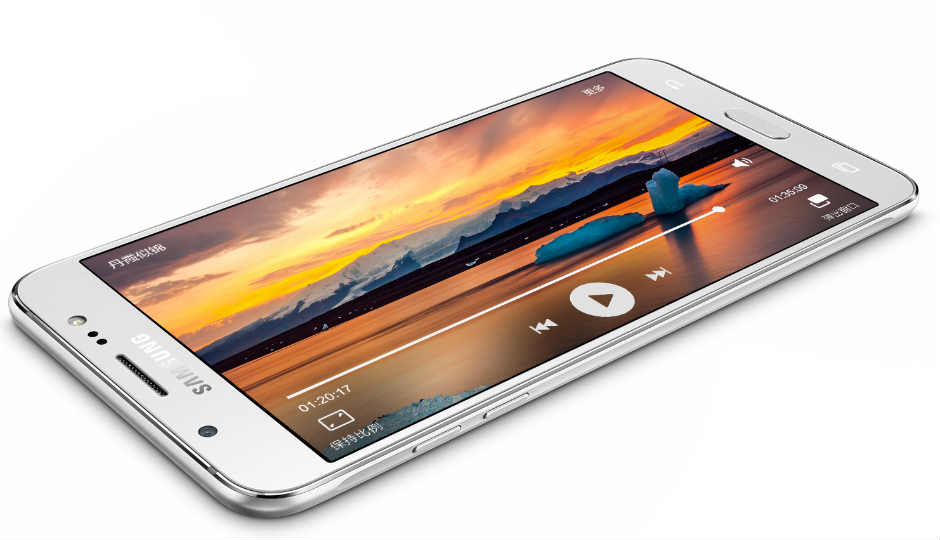 Samsung is not only giving the two phones an internal upgrade, but the design has also been updated. Both phones now sport a metal frame and refreshed design. Among the two phones, the J5 is more budget friendly and sports a 5.2-inch Super AMOLED display, featuring an 1280 x 720p resolution. It is powered by a Qualcomm Snapdragon 410 SoC and packs 2GB of RAM to boot. The 16GB internal storage is expandable as the phone features a dedicated micro-SD card slot, which can take up to a 128GB microSD card. There is a 13MP camera at the back, with f/1.9 aperture and a 5MP camera at the front. Samsung has equipped the J5 with a 3100mAh removable battery pack.

The Samsung Galaxy J7 on the other hand sports a 5.5-inch display, which is still pushing 1280 x 720 pixels. There is a 1.6GHz octa-core SoC inside, along with 2GB of RAM and 16GB of internal storage on tap. In the camera department, it is similar to the Galaxy J5, featuring a 13MP camera at the rear and a 5MP at the front. A larger screen allows more space for the battery and the Galaxy J7 is able to pack in a 3300mAh unit.