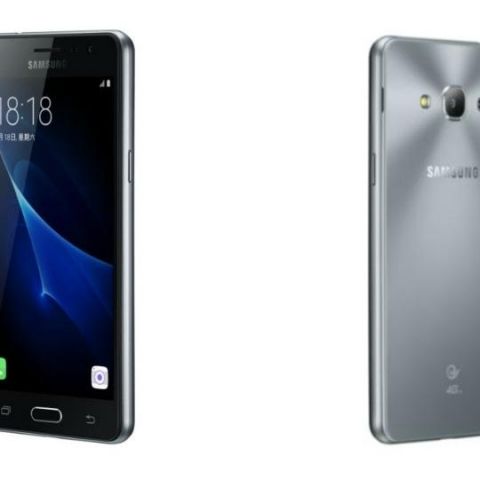 Samsung has announced a new entry level smartphone, the Samsung Galaxy J3 Pro in China. The phone has a 5-inch Super AMOLED 720p display, 2GB of RAM and 16GB of internal storage, in addition to supporting 128GB of expandable storage. At the heart of the device, is a Snapdragon 410 Quad core SOC running at 1.2GHz. Also, the phone sports a metallic finish which is a definite step up from the J3.

As stated in its Chinese website, the new Galaxy J3 Pro now also supports NFC. The phone houses an 8MP rear camera with f/2.2 aperture & also a 5MP front camera with similar aperture. The phone also has LTE support and is powered by Android 5.1.1 out of the box, although Samsung has said that they will be releasing an update to Android Marshmallow in months to come. It’s also worth mentioning that the rear camera will support Full-HD video record at 30FPS. All this is powered by a 2600mAh battery.

Launched in China for 990 Yuan (roughly Rs. 10,057), the J3 Pro will be available in Gold and Grey colors. The specs have taken a reasonable bump compared to the Galaxy J3 which launched in India a few months ago. What remains to be seen is when this device makes its way to India and how it will be priced.