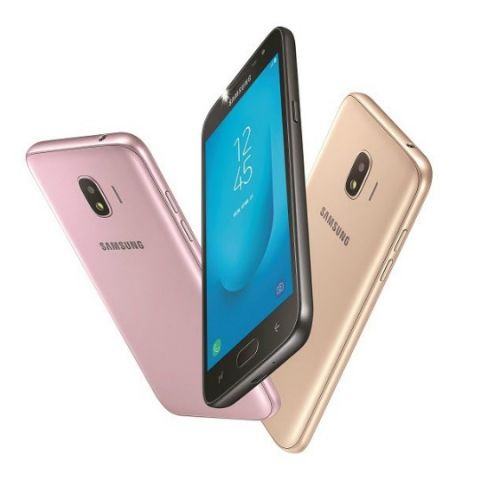 The smartphone was launched as the Samsung Galaxy J2 Pro (2018) in launched in Vietnam earlier this year. The Galaxy J2 (2018) will go on sale from April 27.

Samsung has launched the Galaxy J2 (2018) in India priced at Rs 8,190, which is the successor to the previous year’s Samsung Galaxy J2 (2017). The smartphone comes pre-loaded with the Samsung Mall app, which debuted with the Galaxy On7 Prime. The app comes with a Visual Search feature and one can shoot an image or use one from their gallery to search and shop across multiple e-commerce websites online.

The Galaxy J2 (2018) will be available for purchase starting April 27 in Gold, Black, and Pink colour variants. As a launch offer, Jio customers will get an instant Rs 2,750 cashback when they use their SIM connection with the device. Users need to recharge with Rs 198 or Rs 299 to avail the offer. Additionally, they will also receive 10GB of extra 4G data on next 10 recharges. The Galaxy J2 (2018) comes with a ‘Device Maintenance’ feature that is said to optimise the smartphone’s performance and a 'Move to Memory Card' option for freeing up space in device’s internal storage, which automatically saves any social media content in the external SDcard.

Coming to the specifications, the smartphone features a 5-inch qHD Super AMOLED display with 960x540p resolution and is powered by a 1.4GHz quad-core Qualcomm Snapdragon 425 SoC, coupled with 2GB RAM and 16GB of internal storage. The onboard storage can be further expandable up to 256GB via a microSD card. The device runs on Android 7.1 Nougat and is backed by a 2600mAh battery.

In terms of optics, the Galaxy J2 (2018) is equipped with an 8MP camera on the back and on the front, comes with a 5MP sensor. Both front and rear cameras of the device come with a dedicated LED flash. In terms of connectivity, it features Wi-Fi 802.11 b/g/n, Bluetooth v4.2, GPS/ A-GPS, and Micro-USB.

The Galaxy J2 (2018) was previously unveiled in South Korea as the Samsung Galaxy J2 Pro and the company had purposefully blocked it from connecting to the internet, either via mobile data or Wi-Fi. The company says that it's targeting students and senior citizens with the new smartphone and is aiming to reduce distractions. Speaking of new smartphone launches by Samsung. The company could soon launch an entry-level Android Oreo (Go Edition) powered device in India. The Samsung handset with model number SM-J260G was recently spotted on Geekbench. It was running on the Exynos 7570 quad-core chipset and scored 625 on single-core and 1747 on multi-core benchmark tests. There is a reference to “universal7570_go”, hinting that the smartphone will run on Android Oreo (Go Edition). You can read more about the device here.