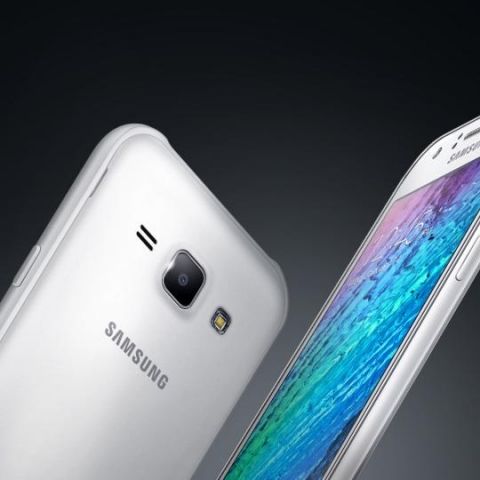 Samsung's long rumored budget smartphone – Galaxy J1 – has debuted in Malaysia. The new entry-level Samsung phone runs Android 4.4 KitKat and is powered by a 1.2GHz dual-core processor along with 512MB of RAM.

The Samsung Galaxy J1 has 4.3-inch WVGA display. It sports 5 MP rear camera with LED flash  and a 2 MP front snapper. One of the unique features of the phone is the Palm Selfie, which lets you click selfies with a simple hand gesture. It also has  Tap to Take Pics, which lets you click pictures by tapping anywhere on the screen.

The Galaxy J1 comes with 4GB of internal storage, supports expandable storage up to 128GB via microSD. For connectivity, the smartphone supports dual-SIM, Wi-Fi b/g/n with Wi-Fi Direct, Bluetooth 4.0, and GPS. It is powered by an 1850 mAh battery. Check out full specifications of the Galaxy J1 here.

The J1 is Samsung's first phone under its new J series. There's no word on the pricing and global availability of the smartphone so far. If launched in India, the Samsung Galaxy J1 will be competing against a range of budget Android smartphones including Android One devices, Moto E, Xiaomi Redmi 1S and Xolo One. Also read: Top Best Phones Under Rs. 10,000 In India