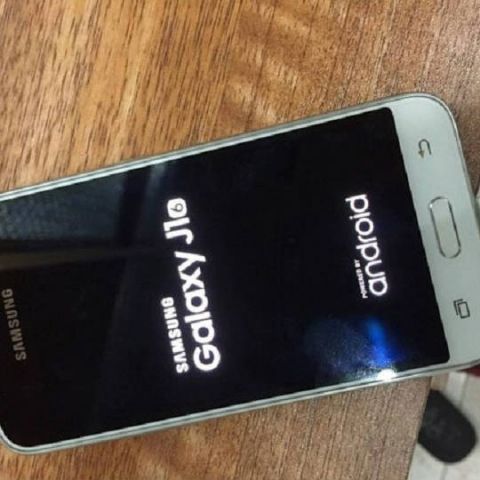 In his tweet, @S_leak claims that the Samsung Galaxy J1 (2016) will be powered by an Exynos 3457 SoC, which seems odd since Samsungn presently does not have an Exynos skew named 3457. Going by a previous leak, it is more likely that the phone will be powered by the Exynos 3475 SoC that Samsung currently uses on its Galaxy On5 smartphone. It is a 1.3GHz quad-core processor that should be able to tackle daily tasks easily. The new J1 is suggested to sport 1GB of RAM and at least 8GB of internal storage. The old Galaxy J1 featured only 512MB of RAM, and 4GB of storage. The display is likely to be bigger, moving from 4.3 inches to 4.5 inches. The resolution, on the other hand, could remain the same at 800x480 pixels.

In the optics department, a different leak via gfxbench suggests that the phone could have a 5MP (4.7MP) camera at the rear and a 2MP (1.8MP) camera at the front. The rear camera is likely to support autofocus, face detection and touch-to-focus features. The listing also suggests that the phone will come with Android v5.1.1 Lollipop out of the box. Battery and SIM capabilities of the phone are yet to be known.

A previous Zauba listing revealed that the phone was imported to India as a sample unit. According to the listing, the per-unit value of the device is Rs. 6,866. This also suggests that Samsung might launch the phone in India in the coming months.