Samsung looks to cash in on the selfie craze with a new smartphone called Galaxy Grand Prime. 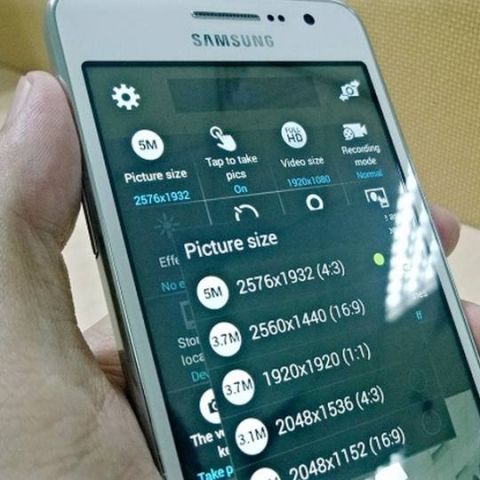 Every smartphone company seem really interested in “selfie” phones these days. The likes of Sony, ZTE and Nokia have already launched selfie smartphones. And now Samsung is set to join the selfie craze with a new smartphone called Galaxy Grand Prime. Though the smartphone hasn't been officially announced, images and details about the device have already surfaced online.

According to leaked information, the Galaxy Grand Prime features an 8MP rear camera with 1080p video shooting capabilities, and 5MP front-facing camera. The smartphone runs Android 4.4 KitKat and is powered by a Snapdragon 400 chipset and 1GB of RAM.

The Galaxy Grand Prime has a 5-inch display with qHD resolution. For connectivity, the smartphone supports dual-SIM connectivity, 3G, Wi-Fi a/b/g/n and Bluetooth 4.0. The smartphone comes with 8GB built-in storage, expandable through microSD.

The Grand Prime is scheduled to go official in October. If the information is true, the Grand Prime will be the first Samsung device to be a selfie phone. Samsung, however, may be a late entrant in this segment as competition has already heated up with Sony unveiling the Xperia C3 and Nokia launching Lumia 730 selfie-phones.

As far as the Galaxy Grand Prime goes, the smartphone apparently has upgraded camera from the Grand 2, but lower display resolution. The Grand 2 has 5.25-inch 720p display. There's no word on the pricing of the Grand Prime as yet, but we hope Samsung prices it competitively.