Samsung has launched two new phones in India. Called the Galaxy F12 and the Galaxy F02s, the two phones represent Samsung's latest bet for the budget segment of the market. The phones offer waterdrop notch displays and big camera modules at the back.

Apart from this, there are few other things to like about the phones, including the presence of a 90Hz refresh rate display on the Galaxy F12. Here's everything you need to know about the two smartphones.

Of the two phones, the Galaxy F02s is the more affordable choice as it starts retail in India at Rs 8,999 for the 3GB RAM + 32GB storage variant and goes up to Rs 9,999 for the 4GB RAM+64GB storage one. Both the variants have been made available in Diamond Black, Diamond Blue, and Diamond White colour options. As for the Galaxy F12, the device starts at Rs 10,999 for the 4GB RAM and 64GB storage configuration. There's also a higher-end model, which comes with 4GB RAM+128GB storage and is priced at Rs 11,999. The Galaxy F12 is available in Celestial Black, Sea Green, and Sky Blue colours. 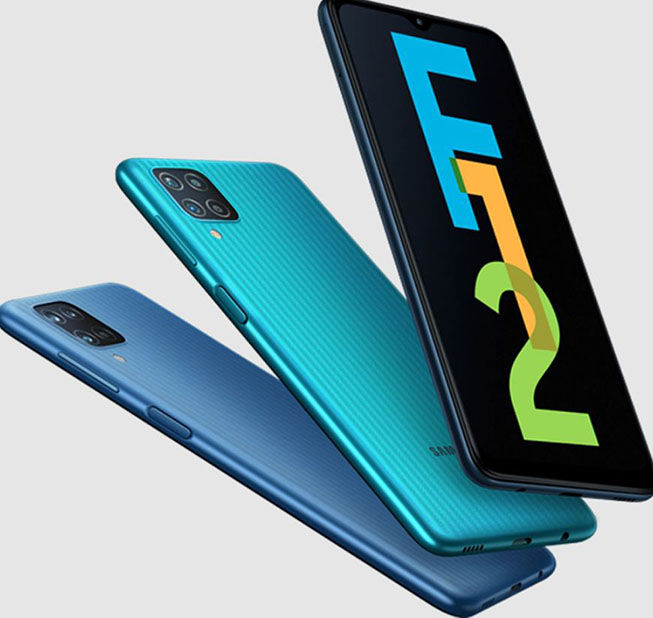 The Galaxy F02s also features a 6.5-inch HD+ (720x1,600 pixels) HD+ Infinity-V Display. However, there's no support for fast refresh rate. For the core hardware, the Samsung Galaxy F02s gets an octa-core Qualcomm Snapdragon 450 SoC paired with up to 4GB of RAM.

The phone also comes flaunts a triple rear camera with a 13-megapixel primary sensor, 2-megapixel depth sensor, and a 2-megapixel sensor with a macro lens. The Samsung Galaxy F02s also gets a 5-megapixel selfie camera sensor. Samsung has provided a 5,000mAh battery on the Galaxy F02s that supports 15W fast charging through the bundled charger.