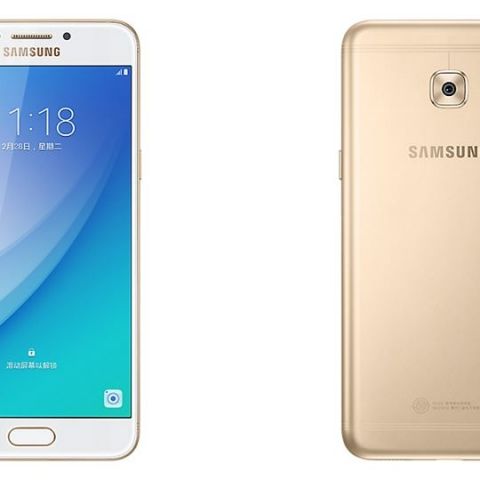 The Galaxy C5 Pro features a 5.2-inch Super AMOLED display with a resolution of 1920 x 1080 pixels. The handset is powered by Qualcomm's Snapdragon 625 chipset coupled with 4GB RAM and 64GB storage. The C5 Pro also supports expandable storage, up to 256GB, via microSD card slot. Like the C7 Pro, the Galaxy C5 Pro also offers dual 16MP cameras on the front and the back. Both the cameras offer f/1.9 aperture and are capable of recording full HD videos at 30fps. The smartphone features a front-mounted fingerprint sensor and supports Samsung Pay.

The Samsung Galaxy C5 Pro houses a 2500mAh battery and will be available in blue, gold and pink colour options. The Galaxy C5 Pro is currently available for pre-order on Samsung's China website and will officially be launched on March 16. The handset is priced at 2,499 Yuan (around Rs 25,000).

Samsung Galaxy C-series has been exclusive to Chinese market for a while but the company recently launched the Galaxy C9 Pro in India at Rs 36,900. Earlier this week, Samsung introduced the 2017 Galaxy A series in India, starting at Rs 28,900. The Galaxy C5 Pro may also debut here sometime soon.