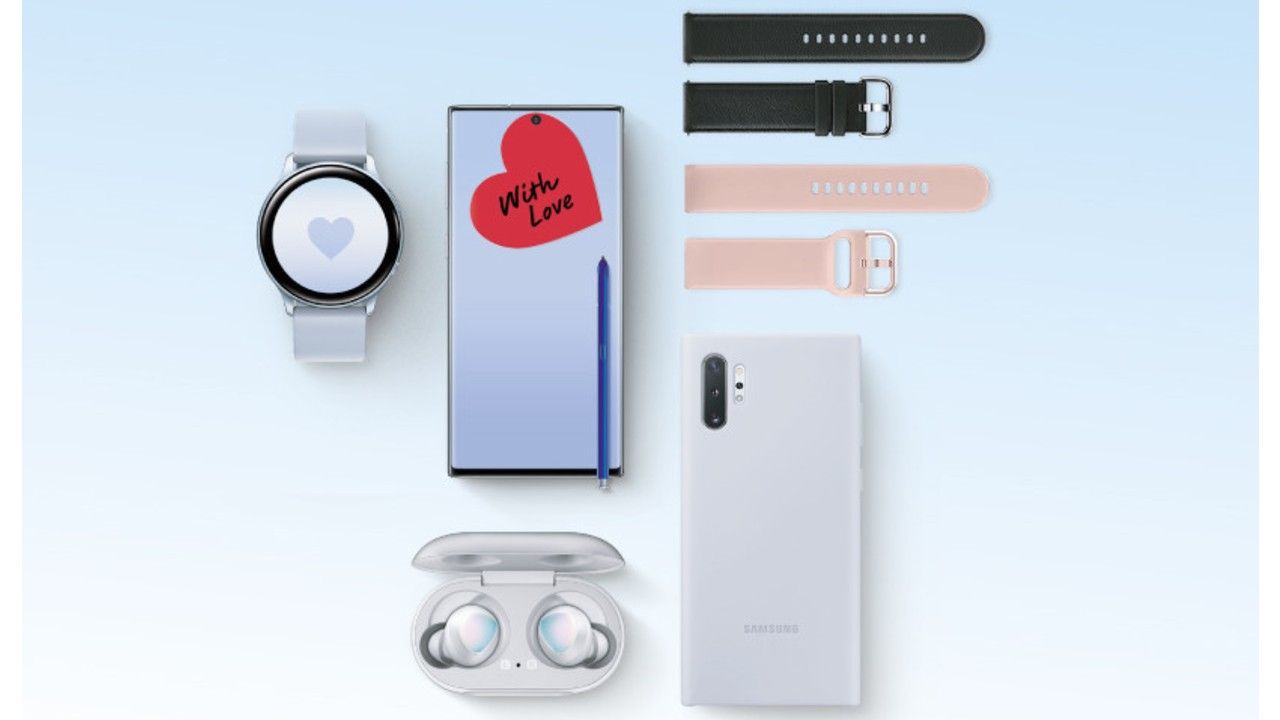 It also includes accessories like extra straps and a Galaxy Note 10 Silicone Cover.

Samsung is celebrating 10 years of Galaxy products by releasing a Samsung Galaxy Anniversary Premium Package, which showcases the seamless connectivity in its Galaxy ecosystem with the Galaxy Note10+. According to Samsung, it has launched some “game-changing products and created entirely new categories of devices.” The company says it is easy to stay connected to the people and things with the Galaxy products. Hence, the Samsung Galaxy Anniversary Premium Package includes a Galaxy Note10+, Galaxy Watch Active2, and Galaxy Buds.

Further, Link to Windows makes it easy for the users to connect seamlessly to their Windows 10 PC right from the control panel. It makes the users just a click away from access to all of their phone’s most recent photos, messages, apps, and more.

The Samsung Galaxy Anniversary Premium Package products work together. It will be available in select markets starting from November. The Galaxy Anniversary Premium Package also includes accessories like extra straps and a Galaxy Note 10 Silicone Cover.  The price of the package has not been revealed yet. Although, it will be made available in the US from December 3 on Samsung.com.