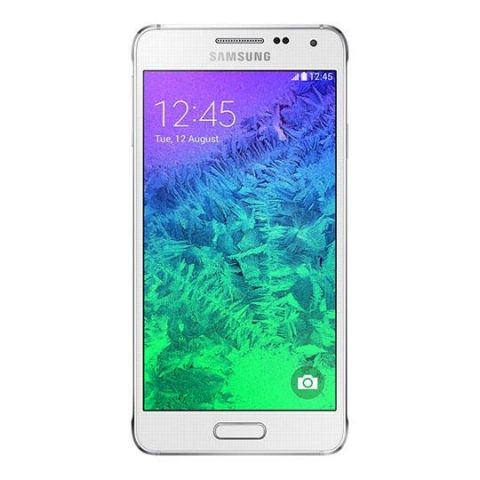 Samsung is gearing up for a September 26 event in India where the company is expected to officially launch its much talked about slim phone, Galaxy Alpha.

The Samsung Galaxy Alpha is powered by an octa-core processor 1.8GHz quad+1.3GHz quad along with 2GB of RAM. It has a 4.7-inch Super AMOLED display with 720 resolution. The smartphone sports 12MP rear camera and 2.1MP front-facing camera. Connectivity options include WiFi 802.11 a/b/g/n/ac, Bluetooth 4.0, USB 2.0, NFC. It is powered by a 1860 mAh battery.

The main highlight of the Galaxy Alpha is its design and build. Samsung has added metal frame to the new Alpha, doing away with the traditional plastic body, and curved corners. The smartphone is less than 7mm (6.7mm to be precise) thick, making it one of the slimmest Galaxy devices ever.

“With an entirely new appearance, the Galaxy Alpha focuses on both beauty and functionality combining a stunning metal frame and slim, light weight design with the same powerful hardware and features users expect from a flagship Galaxy mobile device,” JK Shin, CEO and Head of IT & Mobile Communication at Samsung Electronics had said.

Right now, there's no word on the pricing. But, we hope Samsung will be launching the device in the mid-range segment. According to reports, the Galaxy Alpha is one of the Samsung smartphones that will not be available through e-commerce stores. Read Samsung to stop selling 48 phone models online to focus on offline retail