Samsung Galaxy A54 appears on Geekbench; listing reveals key specifications ahead of the launch

When it comes to Android smartphones, Samsung is among the most popular companies out there. It manufactures high-end flagships like the Galaxy Z Fold 4 or the S22 Ultra and puts together solid mid-rangers, like the Galaxy A52s as well. For those catching up, Galaxy A52s was released in September 2021. The smartphone featured a large AMOLED display, a decent battery, and great cameras in the segment.

The Galaxy A54 could come out sooner than expected 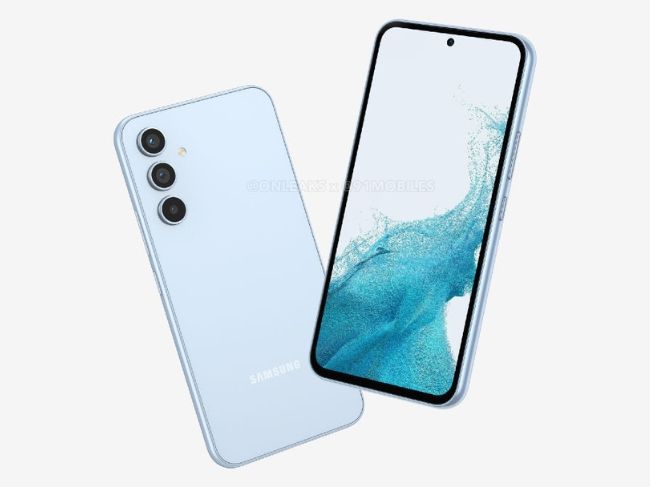 In 2022, Samsung released the successor of the Galaxy A52s, called the Galaxy A53. Although the smartphone took most of its features from its predecessor, it was a downgrade in terms of performance. Nevertheless, the South Korean tech giant is gearing up to launch a new entrant in the Galaxy A series, the Galaxy A54, which will come with a better processor.

Samsung Galaxy A54 was recently spotted on the benchmarking platform Geekbench. The listing reveals the smartphone's codename, which happens to be s5e8835. Per the listing, the upcoming A series smartphone will feature Samsung's new Exynos 1380 chipset. The octa-core SoC has four high-performance cores and four power-efficient cores. The chipset is accompanied by the Mali-G68 GPU, which is not an upgrade over the Galaxy A53. That is not all the information that the Geekbench listing of the Galaxy A54 reveals (via sammobile). 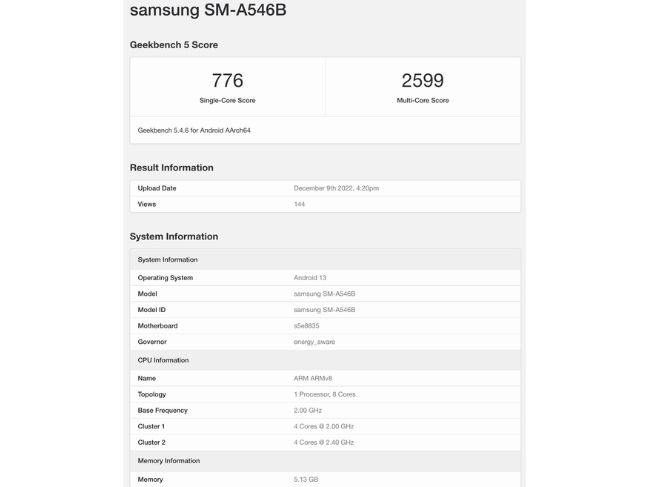 The Galaxy A54 scores 776 points in the single-core and 2,599 points in the multi-core performance test. For those who are catching up, the Galaxy A53 with Exynos 1280 also scored about 770 points in the single-core performance test, which means that the upcoming smartphone could use the old Cortex-A78 cores. However, the multi-core score of Galaxy A54 is about 50% higher, which means that the smartphone will deliver better overall performance. It is important to mention that benchmark scores should not be treated as absolute - they are relative numbers that indicate the peak performance of a smartphone.

Other details about the smartphone suggest it will feature a 6.4-inch Super AMOLED display with a punch-hole notch at the top. Further, the Galaxy A54 could have a 50MP primary camera, a 12MP ultra-wide camera and a 5,100 mAh battery that supports 25W wired charging. From what it looks like, the Galaxy A54 will not be as significant an upgrade as users expected. Nevertheless, more details about the smartphone should surface on the internet in the coming days.

About Me: Writing for more than four years, Shikhar is not just a tech journalist but a tech enthusiast who watches smartphone launch events like his favourite Marvel movies. He stays in sync with all the new toys released by giants and specialises in consumer tech Read More