The Samsung Galaxy C7 Pro was launched priced at Rs 27,990 last year in India. It features a 5.7-inch full HD Super AMOLED display and is powered by the Snapdragon 626 SoC. 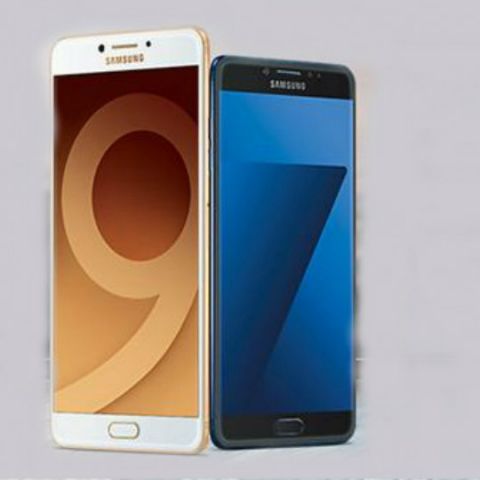 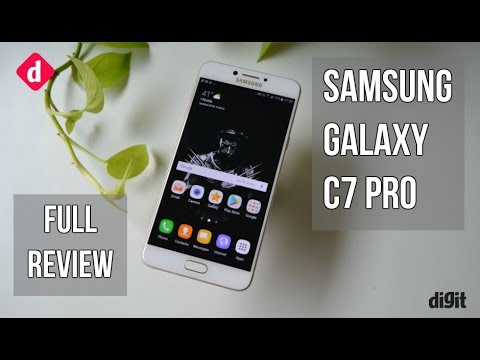 Samsung has discounted its Galaxy C7 Pro smartphone by Rs 2,500, which was launched in India last year. It can now be purchased for Rs 22,400, against its previously listed price of Rs 24,900. The discounted price is reflected on Amazon and the company’s official online Shop portal as well. It should be noted that customers purchasing the smartphone from the Samsung Shop can avail an extra Rs 2,500 cashback, thus bringing the price further down to Rs 19,900. The Samsung Galaxy C7 Pro was launched in April last year in India priced at Rs 27,990. The price cut was first reported by the Mumbai-based offline smartphone retailer, Mahesh Telecom.

The Samsung Galaxy C7 Pro features a 5.7-inch full HD Super AMOLED display and is powered by a 2.2GHz octa-core Snapdragon 626 SoC coupled with 4GB of RAM and 64GB of internal storage, which can be expanded up to 256GB via a microSD card. It runs on Android 6.0.1 Marshmallow, supports the Always-on display, comes with a fingerprint sensor integrated with the home button. In terms of optics, the smartphone is equipped with a 16MP sensor on both the front and the rear with a f/1.9 aperture lens. The rear camera also supports PDAF and comes with dual LED flash.

It is speculated that Samsung could soon launch its Galaxy A6 series of smartphones in India, which could be the reason for this sudden price cut for the Galaxy C7 Pro. The specifications of the Galaxy A6 and the A6 Plus smartphones were leaked recently and according to the report, both the smartphones will feature an Infinity Display design. The Galaxy A6 could sport a 5.6-inch full-HD+ display with a 2220 × 1080 resolution, same as the Samsung Galaxy A8 (2018), whereas the Galaxy A6+ might come with a 6.0-inch screen with FHD+ resolution, which is also seen on the Samsung Galaxy A8+ (2018). Both the device’s screens might sport 441 PPI pixel density and are said to feature a taller 18.5:9 display aspect ratio.

As per the report, the Galaxy A6 could be powered by an octa-core Exynos 7870 SoC, coupled with 3GB RAM and 32GB of internal storage, whereas the Galaxy A6+ could be running on the Qualcomm Snapdragon 450 SoC with 4GB RAM and 32GB ROM. The leak is consistent with previous reports, but we advise to take it with a pinch of salt as it’s not from a known source. The two devices were previously spotted on US FCC website and as per that listing, the Galaxy A6+ might actually be running on a Qualcomm Snapdragon 625 SoC. The FCC listings also hint that the two phones might launch running on Samsung Experience 9.0, based on Android Oreo.