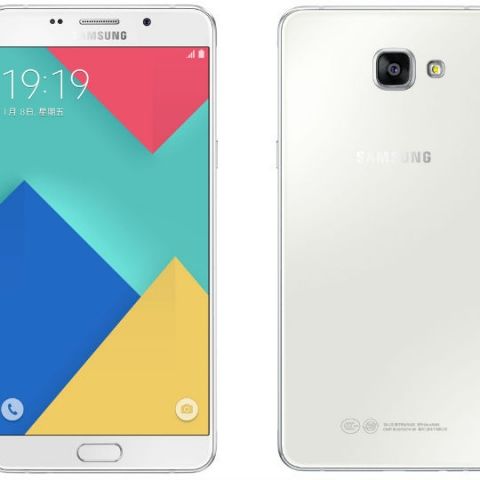 Samsung has officially announced the Galaxy A9 in China. The A9 is Samsung’s top of the line smartphone in the A series. Coming to the specifications of the A9, the device has a 6-inch Full HD Super AMOLED display with 2.5D curved glass. It has the octa-core Snapdragon 652 processor (earlier called the 620) with quad-core 1.8GHz and a quad-core 1.2GHz CPUs couped with Adreno 510 GPU. The device also sports 3GB RAM and 32GB built-in storage expandable up to 128GB via micro SD card. The A9 runs on Android 5.1.1 (Lollipop) skinned with Samsung’s TouchWiz UI. The smartphone supports dual-SIM capabilities (Nano+Nano). The rear of the smartphone has a 13MP camera with OIS and the front has an 8MP camera. The device will also house a fingerprint sensor. A 4000mAh battery powers the package and it supports fast charging as well.

The Samsung Galaxy A9 will come in in White, Gold and Pink colour variants. No pricing or availability was announced during the launch of the smartphone. There is no word on when the smartphone will debut in India either. Coming to the build of the A9, it has a metal frame and glass back similar to what we have seen on the Galaxy S6 and the Note 5.