We look into the launch of the Galaxy Tab 3 by Samsung. 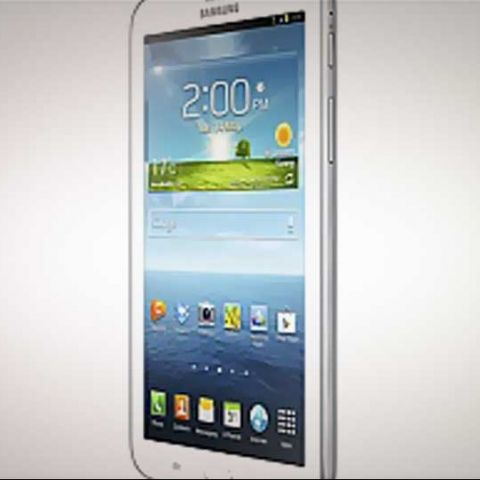 Samsung has added yet another tablet to its Galaxy Tab portfolio. Just like its predecessor, the Galaxy Tab 2, the device comes in two variants – Wi-Fi only and Wi-Fi 3G. The 3G variant of the tablet boasts of voice calling capabilities as well. The Galaxy Tab 3 is light weighing a mere 306 grams and is lighter than its predecessor the Samsung Galaxy Tab 2 that weighed 345 grams.

With Samsung recently launching the Galaxy S4 with the Exynos 5 Octa SoC, and the Note II running on the quad-core processor, it is a little disappointing to see the Tab 3 working on a dual-core processor. Another downside to the specifications of the Tab 3 is that the 7-inch display has a 1024x600 resolution (same as its predecessor, in a day and age where other 7-inch tablets show off a 1280x800 resolution.
Looking at the specifications of the Tab 3, the device may be priced around the Rs. 15,000 price point. For the same price tag, you can take a look at the Asus FonePad, Zync Quad 8, Google Nexus 7, Samsung’s very own Tab 2 and many more.

There is no information on the price of the Tab 3, though Samsung has announced it will start rolling out the Wi-Fi version globally in May and the W-Fi 3G version in June.