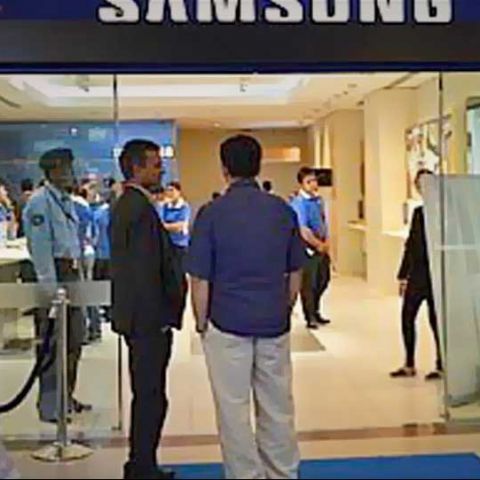 Research in Motion (RIM) and Samsung have opened their dedicated brand stores in Delhi – a move that is likely to help the smartphone majors consolidate their position in the rapidly growing Indian market.

"Serving as a gateway into the world of BlackBerry, The BlackBerry Premium Store will offer holistic consumer experience on BlackBerry consumer and enterprise services to its consumers," the company said in a statement.

Samsung's Mobile Brand Store will also deliver a similar experience to its visitors. The store will have dedicated area for demos, so that multiple demos are held at same time.

Currently, handset makers such as Nokia and Micromax have their exclusive stores across the country. These exclusive stores have helped these companies consolidate their bases significantly. Other manufacturers such as Samsung by now had depended on retail stores such as HotSpot, Croma and Jumbo.

The exclusive retail stores may boost RIM's sales in the near future, desperately needed as it has been lagging far behind most players in the international market. RIM is now eyeing the Indian smartphone market, and is making attempts to enter the 2-tier and 3-tier cities as well. Its recent introduction of the new low-cost, BBOS 7.1-bearing Curve 9220 was no coincidence.

Samsung, on the other hand, is well positioned in the Indian market, and is competing with the likes of Nokia and Micromax. Samsung has already launched a wide range of smartphones and tablets. With its dual-SIM phones and budget smartphones, it has penetrated well into the 2nd-tier cities of the country. The exclusive store will certainly ramp up Samsung's base in metro cities.