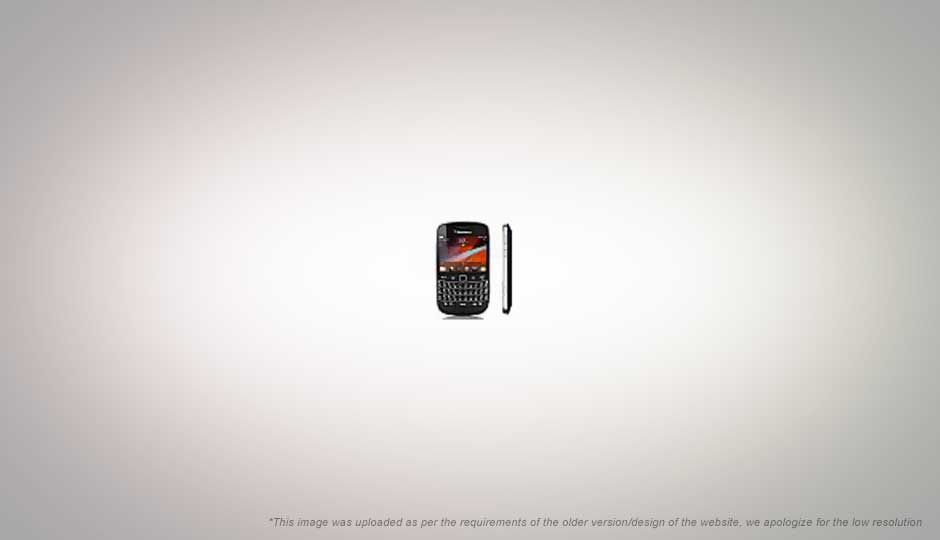 RIM launched the BlackBerry Bold 9900, also known as the Bold Touch 9900, at a conference in New Delhi today. Priced rather extravagantly at Rs. 32,490, the Bold Touch 9900 is the first of the three new BlackBerry smartphones we saw last week, all featuring RIM’s latest operating system – BlackBerry 7 OS, as well as a speedy single-core 1.2GHz processor, and 768MB of RAM.

At that price, the BlackBerry Bold 9900 competes with other top-end phones in the market, from the Samsung Galaxy S II and HTC Sensation to the iPhone 4. We wonder if all the new features will sway Android and iOS fans the BlackBerry way. The phone’s touchscreen plus QWERTY form factor gets the best of both worlds, featuring RIM’s famous BlackBerry keypad, and a 2.8-inch transmissive display that is touted as a 24-bit high res display, with a resolution of 640x480 pixels – working out to a super dense 287 ppi.

The Bold Touch 9900 comes with a 5MP camera onboard capable of 720p HD video recording, 3G/Wi-Fi/GPS/Bluetooth/microUSB/NFC connectivity, an optical trackpad, a document editor, 8GB of built-in storage space, and a 1230 mAh battery capable of delivering nearly 13 days of standby time, and 6.5 hours of talk time.

At a glance, the BlackBerry Bold Touch 9900 is quite similar to the Nokia E6, with an identical form factor, and a high-resolution display. While the price difference is quite massive, it will not be fair to compare the Bold Touch 9900 and E6 in terms of cost, with the former in a different league of hardware configurations. But has RIM still made a mistake pricing the Bold 9900 so high? Will the Bold 9900 manage to capture enough of the market with its new features and configuration? Let us know in the comments section below.