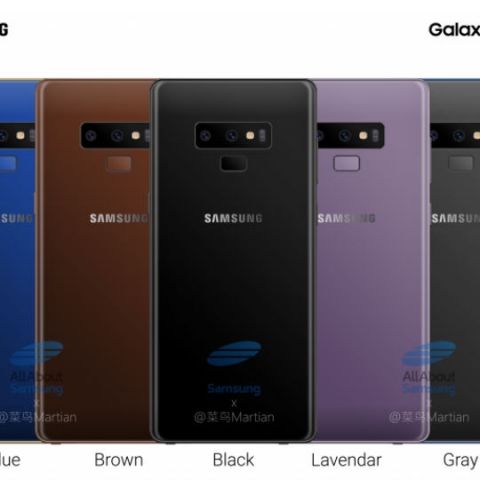 A new poster leak of the Samsung Galaxy Note 9 shows a USB Type-C port and headphone jack on the phone.

A lot of rumours were making rounds in the media regarding the unveiling of this year’s Galaxy Note 9 phone until Samsung itself made it official by announcing that the ‘Unpacked’ event which will be held on August 9 in New York. In the latest development, a report by a media outlet etnews.com claims that the South Korean electronics giant will release the phablet on August 24 on its home turf. Its predecessor, the Galaxy Note 8 (Review) was released on September 12 last year coinciding the day on which Apple launched the iPhone X in the US.

Amid rumours of the availability date, a new leak surfaced on the internet that shows the ports on the upcoming Samsung Galaxy Note 9 flagship. The image shared by Slashleaks shows a poster with the Galaxy Note 9 kept upside down. A golden-coloured S-Pen stylus -- just like Samsung teased in the ‘Unpacked’ event teaser video -- is kept on the back of the phablet. The poster clearly mentions the name “Samsung Galaxy Note 9” and follows it up with a caption “The new super powerful Note.” 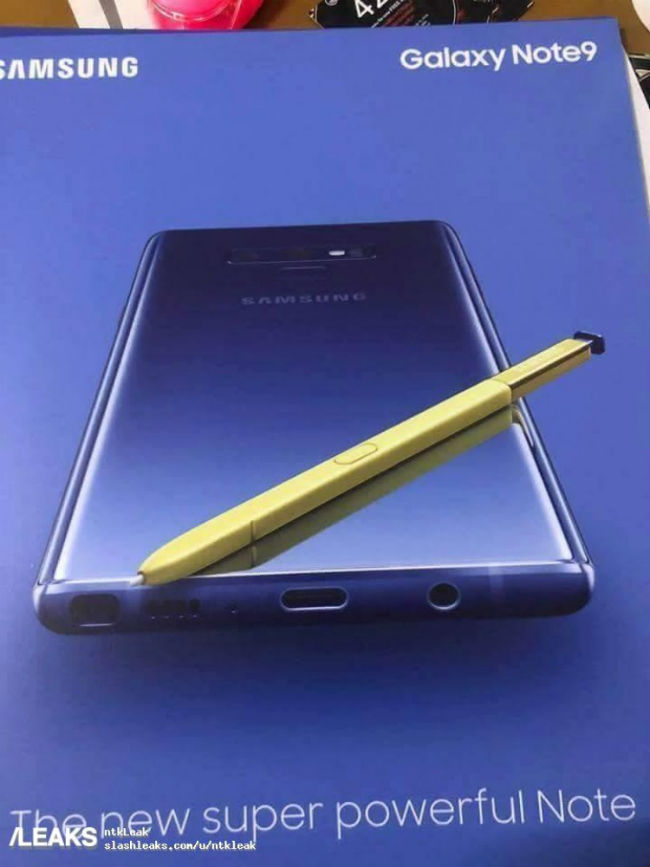 The second important piece of information that we can get from the poster is about the ports. It shows a speaker grille, a mic, a USB Type-C port and a headphone jack at the bottom of the phone. This is the same number and type of ports that were seen on the Note 9's predecessor. Moreover, these ports are placed exactly at the same position as they were placed on the Samsung Galaxy Note 8.

We still have to wait to be sure of the specs and features that have been detailed in leaks. Earlier, a leak showed that the Galaxy Note 9 will look a lot like its predecessor and is tipped to sport an Infinity Display design with a dual-curved screen. The leak also suggested the same button placement: the volume and Bixby button on the left and the power button on the right.

While the design may be the same, the S-Pen stylus is tipped to have new and improved capabilities. The new stylus is expected to allow users to remotely control music playback or use it as a long range timer to take group photos.

As far as specifications are concerned, the Galaxy Note 9 is expected to feature Samsung’s current flagship chipset, the Exynos 9810. In the US, the South Korean giant will most likely launch the phone with Snapdragon 845 SoC. The phone is expected to offer 6GB of RAM and run Android 8.1 Oreo. It may also feature a 6.4-inch Super AMOLED display and have a 4,000mAh battery.