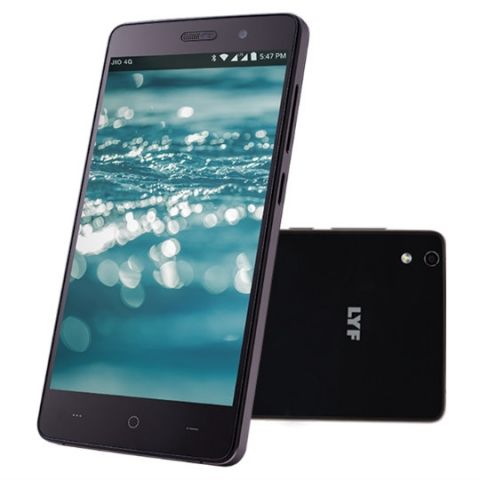 Reliance Digital has been on launch spree with the Lyf smartphones and the company has launched another phone in its lineup, called the Water 5. The device is a mid-range smartphone and with a price tag of Rs. 11,699, It will be competing with the various sub-13k smartphones such as the Xiaomi Redmi Note 3, Lenovo Vibe K4 Note, etc. The device features a plastic build and is available in a black colour variant only. The device is available for purchase from Amazon India.

The LYF Water 5(₹ 5500 at amazon) sports a 5-inch IPS display which features a 1280 x 720p resolution. The display is covered in Asahi Dragontrail glass. It is powered by a Qualcomm Snapdragon 410 SoC. This 1.2GHz SoC has been around for quite some time now and was last seen on last year’s Moto G smartphone. The device features 2GB of RAM and 16GB of internal storage, which can be further expanded using a microSD card. The device also supports 4G LTE and VoLTE (Voice over LTE) and offers a hybrid dual-SIM setup. All previous smartphones launched under the Lyf brand offer 4G support.

At just 7.7mm, the LYF Water 5 is quite thin and weighs 136 grams. In terms of camera, the device features a 13MP camera at the rear and a 5MP camera at the front. There is 2920mAh battery inside which the company claims 15 hours of talktime or 5 hours of HD video playback.