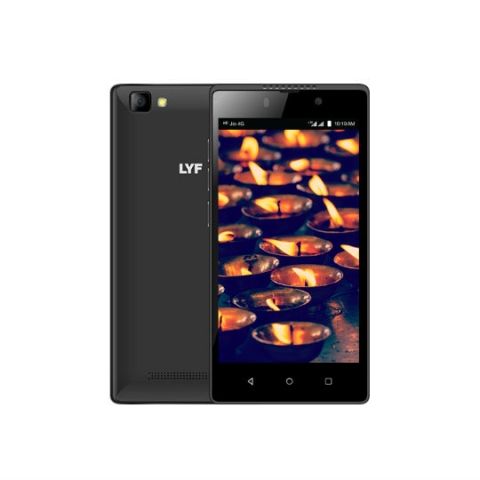 Reliance Retail has announced the launch of its latest LYF series smartphone, Lyf F8 in India. The smartphone follows the launch of F1 device in the new F series. Reliance Lyf F8 is priced at Rs 4,199 making it the latest budget device to support LTE networks.

Reliance Lyf F8 is powered by Qualcomm's Snapdragon 210 processor and sports a 4.5-inch display. The display is of FWVGA resolution with 854 x 480 pixels. The capacitive touch display is protected by AGC Glass. The smartphone comes with 1GB RAM, 8GB storage further expandable up to 128GB.

On the camera front, Reliance Lyf F8 gets an 8MP rear camera with autofocus and LED flash. There is also a 5MP front camera with features like blink detection and red eye reduction.

Reliance Lyf F8 houses a 2000mAh battery rated to last up to 160 hours in standby. The smartphone runs Android 6.1 Marshmallow with support for smart gestures to access commonly used apps right from the lockscreen. Reliance LYF smartphone recently joined the growing list of exploding smartphones. A LYF smartphone user recently posted about his device exploding into flames. Reliance immediately responded with a statement that they are looking into the issue.