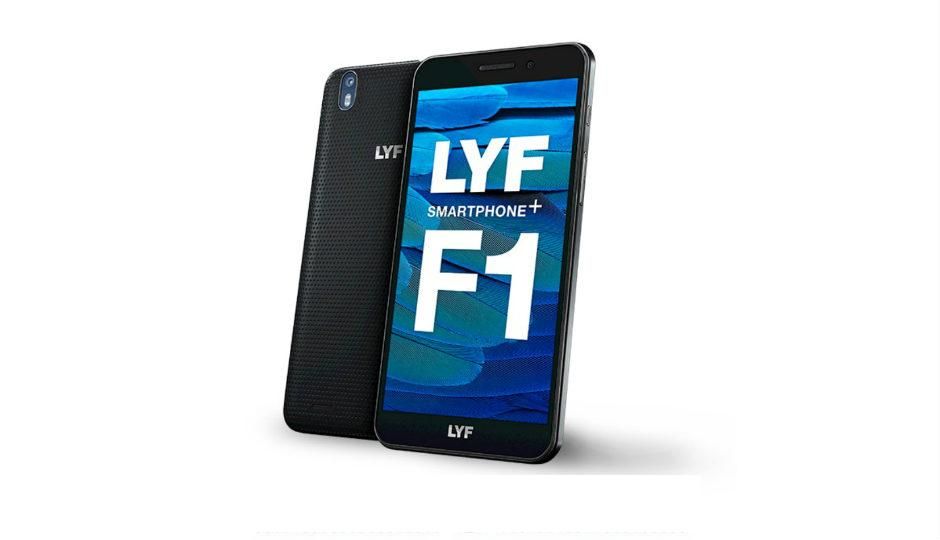 Reliance Lyf has launched two new smartphones, the Lyf F1(₹ 4499 at amazon) Plus and the Lyf Water 9 in the Indian market. The F1 Plus and Water 9 are priced at priced at Rs. 13,099 and Rs. 8,499 respectively. The Lyf F1 Plus is a variant of the Lyf F1 released last week and will be sold via e-commerce website Snapdeal, only.

Both the devices come with Reliance Jio’s Welcome Offer. This offer comes with unlimited HD voice and video calls, unlimited SMS (100 per day) till December 2016. There is also free 4G data, with a cap of 4GB per day, post which internet speeds decrease to 128kbps. Users also get free access to Jio’s apps like JioPlay, JioOnDemand, JioBeats, JioXpressNews, JioSecurity, JioDrive, JioMags and JioMoney among others.

The new smartphone is essentially a variant of the Lyf F1, differing only in the processor. While the Lyf F1 has a Qualcomm Snapdragon 617 octa-core processor, the Lyf F1 Plus uses a 1.6GHz Samsung Exynos octa-core processor. Running on Android Marshmallow 6.0.1, the smartphone has a 5.5-inch 1080p display, 3GB RAM, 32GB internal storage, and a microSD card slot. There is a 16MP rear camera with PDAF and EIS support, and an 8MP front camera. All this is backed by a 3,200mAh battery. Connectivity options on the phone include dual-SIM card slots, 4G with VoLTE support, Wi-Fi, Bluetooth, OTG and GPS.

Other features on the Lyf F1 Plus include a video player that allows you to watch two videos at the same time, Smart Play that stops a video when the user looks away from the screen, and Smart Ring that takes into account ambient noise levels and adjusts the ringtone volume accordingly. Then there are the Rich Communication Services by Reliance, a set of messaging and calling features similar to the Apple iMessage.

Spotted by Phoneradar, the Water 9 has a 5.5-inch full HD (1920×1080 pixels) 2.5D curved glass display, and is powered by a 1.3GHz MediaTek MT6753 octa-core processor mated to 2GB RAM. Internal storage space amounts to 16GB onboard storage, though there is an option to expand the storage up to 32GB via a microSD slot. The smartphone has a 13-megapixel auto-focus rear camera with LED flash, while up front there is a 5-megapixel selfie camera. It is backed by a 2,800mAh battery. Connectivity options include dual-SIM card slots, 4G with VoLTE support, Wi-Fi, Bluetooth and GPS. On the software front, the device runs on Android Lollipop 5.1 out-of-the-box, but the company promises it will soon be updated.