Redmi has launched the Redmi 8A Dual smartphone with 5000mAh battery 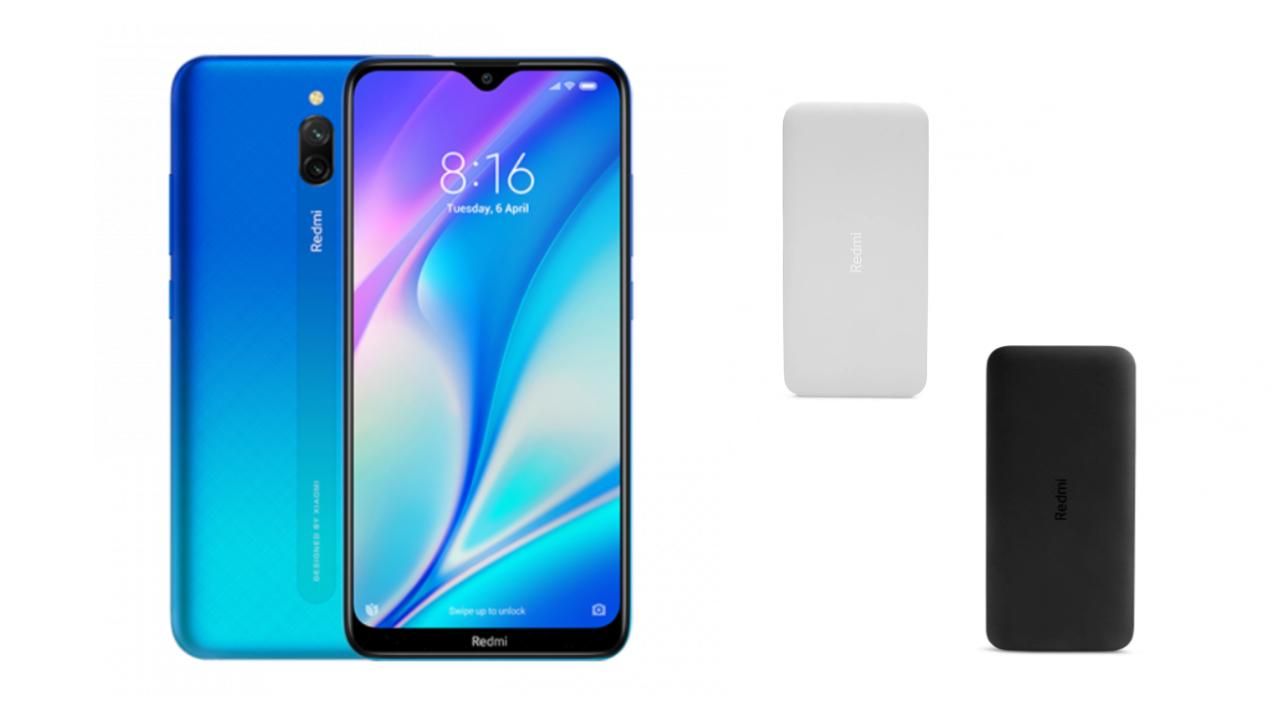 Following the usual pre-launch tease on its social media pages, Redmi has launched its first smartphone of the year in India along with its very first portable power bank. The Redmi 8A Dual is an entry-level smartphone with a Qualcomm Snapdragon 439 chip and a massive 5000mAh battery. The 2GB RAM + 32GB storage variant of the handset is priced at Rs 6,499, while the 3GB RAM + 32GB storage variant is priced at Rs 6,999. The 10000mAh version of the Redmi Powerbank costs Rs 799, while the 20000mAh version costs Rs 1,499. The Redmi 8A Dual will go on sale on February 18 at 12PM via Mi.com and Amazon.in in the following colour options: Sky White, Sea Blue, and Midnight Grey. The Redmi Powerbank will also go on sale at the same time as the Redmi 8A Dual in white and black colour options but only on Mi.com.

The Redmi 8A Dual is named so presumably because it’s a dual SIM model with VoLTE and VoWiFi support for both slots. The front side of the handset features a 6.22-inch Dot Notch IPS LCD screen with HD+ resolution, Corning Gorilla Glass 5 protection, and a P2i splash-proof nano-coating, while the back side features Redmi’s new Aura XGrip design with a faint mesh-like texture. The company claims this is an improved version of its older WaveGrip design. The back side is also home to the primary 13MP camera and a 2MP depth sensor. The inbuilt camera software has a dedicated mode for portrait photos. It also has native support for Google Lens. The selfie camera is an 8MP unit.

According to the Chinese electronics manufacturer, the Redmi 8A Dual has undergone 23 hours of durability testing against drops and saltwater corrosion. Though the handset’s maximum internal storage space remains fixed at 32GB, it can be expanded to up to 512GB using an optional microSD card. Redmi claims the handset’s 5000mAh battery is good for up to two days of use. Equipped with a USB Type-C port, the Redmi 8A Dual supports not just 18W fast charging but also reverse charging. It means the handset can be used to charge other devices; it’s a feature that’s not common across entry-level devices.

The Redmi Powerbank features an anti-slip design on the sides and dual input ports at the top, which means it can be charged using either microUSB or USB Type-C. Its dual USB-A ports can charge two devices at the same time. Pressing the power button twice successively enables it to charge low-power devices safely. According to Redmi, the power bank can both charge and discharge at the same time without affecting its power delivery to connected devices. The 10000mAh version of the Redmi Powerbank supports 10W fast charging, while the 20000mAh version supports 18W fast charging. If you’re interested in Redmi’s 2020 offerings, you can visit Mi.com on February 18 a little before noon.