A red Sony Xperia Z1 has made an appearance online. The smartphone is running Android 4.4 KitKat 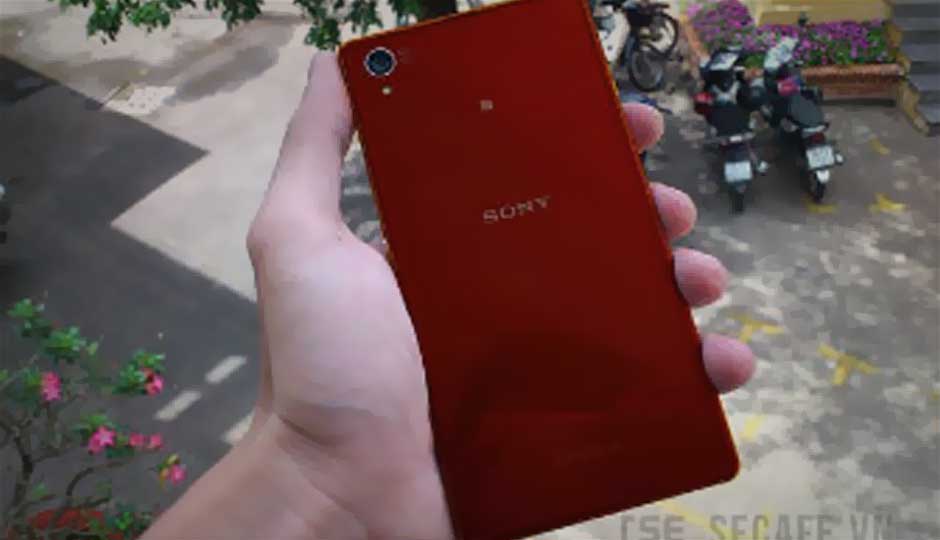 Sony’s flagship smartphone, the Xperia Z1 has been spotted online in a flashy red colour. Just being colourful however isn’t the reason why the device has made it in the news. The smartphone is also spotted running on Android 4.4.2 KitKat, Google’s latest version on Android. There is no information available on when the smartphone will launch, in which markets and at what price.

Earlier this moth Sony announced a plan stating which of its smartphones would receive the Android 4.3 and 4.4 update and the flagship Xperia Z1 was listed to receive the 4.4 update along with the likes of the Xperia Z Ultra, Xperia Z, Xperia ZL and more.

Coming to the specifications of the smartphone, the Xperia Z1 has a 5-inch full HD display and is powered by a 2.2GHz Qualcomm MSM8974 quad-core processor along with 2GB of RAM. The Xperia Z1 has 16GB built-in storage and supports additional storage up to 64GB via microSD. The smartphone comes with a 3,000mAh battery. The Xperia Z1 comes the company's “G Lens” with a 27mm wide angle and bright f2.0 aperture, a custom made large 1/2.3-type CMOS image sensor Exmor RS for the phone with 20.7MP and a BIONZ for mobile image processing engine.
In terms of connectivity, the Xperia Z1 supports 3G, Bluetooth 4.0, USB 2.0, Wi-Fi and WiFi Hotspot functionality, and NFC. Sony is offering free access to movies, songs and TV shows (under the Sony Music, Sony Entertainment and Sony Pictures brands) with the new smartphone.

Its good to see smartphone makers push out Android updates faster than they have been doing so in the past. The only smartphone available in the market today that runs on Android 4.4 KitKat is the Nexus 5. The Nexus 5 recently went on sale officially in India via the Google Play store.