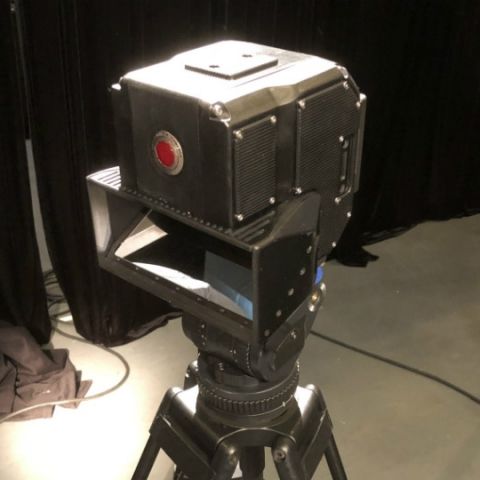 The maker of high-end cameras RED is teaming up with Lucid, the manufacturer of the first VR180 3D camera, to make a sophisticated phone attachment for the former's recently launched Hydrogen One smartphone.

The high-end camera maker RED recently stirred everyone’s curiosity with the announcement of its first smartphone, the Hydrogen One. Now, the company is collaborating with the 3D-camera maker Lucid to build an accessory for the smartphone that will allow it to capture 3D VR180 images and videos in 8K resolution.

Strongly reminiscent of the Moto Mods concept, this new accessory is expected to be fastened to the back of the RED Hydrogen One using the pogo pins available on the phone's back panel. Utilising Lucid’s existing technology in shooting 3D and VR content along with a ‘3D Fusion Technology’, the hitherto-unnamed accessory will stitch together the two hardware-synchronised 4K streams to create a single 3D video. Further, it will also convert it to RED’s proprietary 8K 4V files, which can then be viewed on the Hydrogen One’s ‘holographic’ display. The content can then be shared on social media.

With the help of a crowdfunding campaign, Lucid developed and released the the first VR180 3D camera for consumers, the LucidCam sometime last year. Now it appears it wants to use its technology to aid camera companies like RED in introducing the high-resolution VR element to its images and videos. Han Jin, the CEO and co-founder of Lucid was reportedly heard saying, "Having RED as a partner allows us to combine the best of both worlds - the highest resolution and quality hardware from RED with the most advanced software, our 3D Fusion Technology."

There is no information available yet on the price and release date of the camera attachment, but it is expected to be sold through RED sometime this summer after the launch of the Hydrogen One phone.