Razer Phone 2 will be launched on October 10 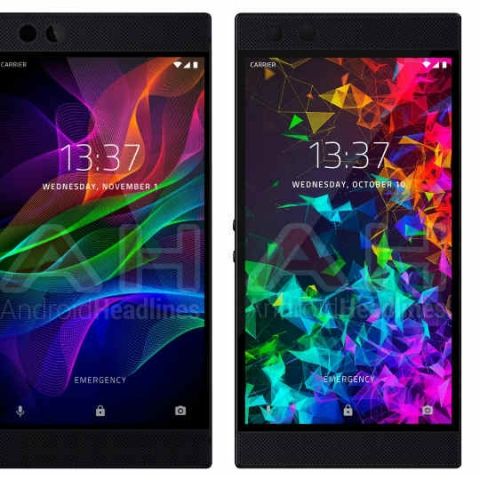 According to leaked images, the phone will look pretty much the same as its predecessor, with in internal hardware most likely seeing much change. As per reports, the phone may be powered by a Snapdragon 845 SoC and offer 512GB of storage. Further, the phone is expected to run on Android 9 Pie, and offer a 4000mAh battery. Razer is also expected to stick to offering a similar display as its predecessor. So expect a 5.7-inch Full HD display with a 120Hz refresh rate. 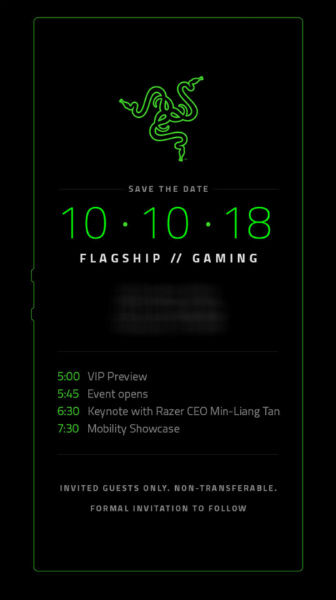 However, this time around, Razer will face competition from more established smartphone makes who have launched their own gaming-centric devices since then. Xiaomi launched the Black Shark gaming phone, while Asus launched an Republic of Gamers branded smartphone called the ROG Phone. Both these devices are powered by Qualcomm Snapdragon 845 chipsets and feature extensive gaming-centric features such as liquid cooling for extended gaming sessions.

However, it should be noted that none of the three gaming smartphones have launched in India as of now. However, Honor  and Xiaomi have launched gaming centric devices in India in the form of the Honor Play and the Xiaomi Poco F1, which are priced quite reasonably as well. However, the CEO of Asus, Jerry Shen did say that the company was planning on launching the device in India in Q3 2018.