Qualcomm has unveiled Toq, a smartwatch that can make phone calls, messages and play music. 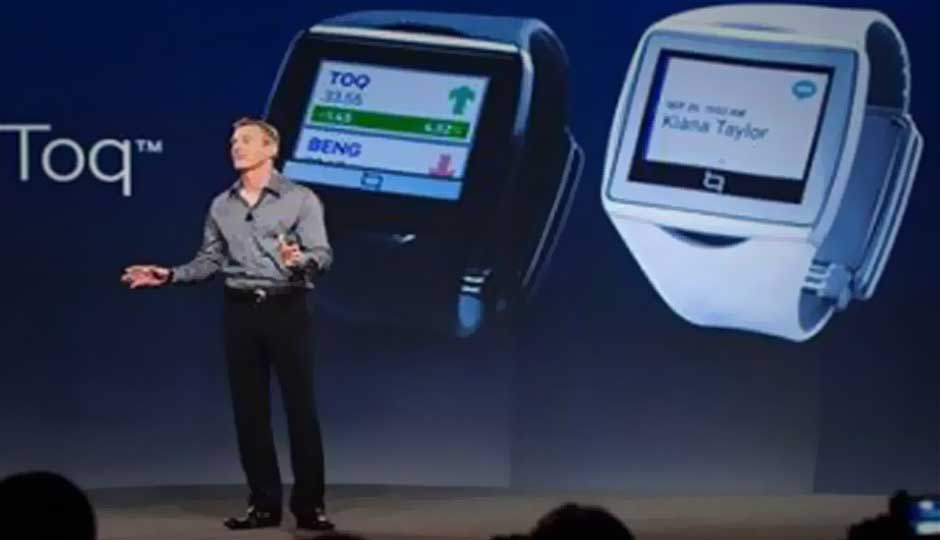 Qualcomm has unveiled the Toq smartwatch- a device that can play music, handle phone calls and messages. The smartwatch has a touch-enabled "Mirasol" colour screen that can be viewed easily in bright sunlight. The company stated that it will start shipping the device in the fourth quarter though the smartwatch's price was not revealed.

Qualcomm which is a maker of applications processors for smartphones and tablets has showcased the smartwatch as a "reference" design to show off its Mirasol screens. The company hopes that the display technology will become more widely adopted for wearable technology.

"We are in conversation with partners and our hope is that if we make a great product now and continue to improve it, it will make their offerings better as well," Anand Chandrasekher, Qualcomm's chief marketing officer, told Reuters at the company's annual developer event in San Diego.

Coincidentally, Samsung also launched its smartwatch at the IFA event in Berlin at the same time. Samsung's Galaxy Gear smartwatch is like an accessory to its Galaxy range of smartphones and will come with a 1.63 inch screen that offers basic functions such as photos, hands-free calling and instant messaging. The Galaxy Gear watch will further increase the appeal of the company's Galaxy range of smartphones. The Samsung Galaxy Gear will be launched for $299 (Rs. 20,000 approx.) this month.

J.K. Shin, Samsung's co-chief executive and head of mobile business, commented about the smartwatch at its "Unpacked 2013 Episode 2" event, "I believe it will become a new fashion icon in the world. "