The Poco M3 Pro 5G is set to become the first 5G smartphone from Poco in India. 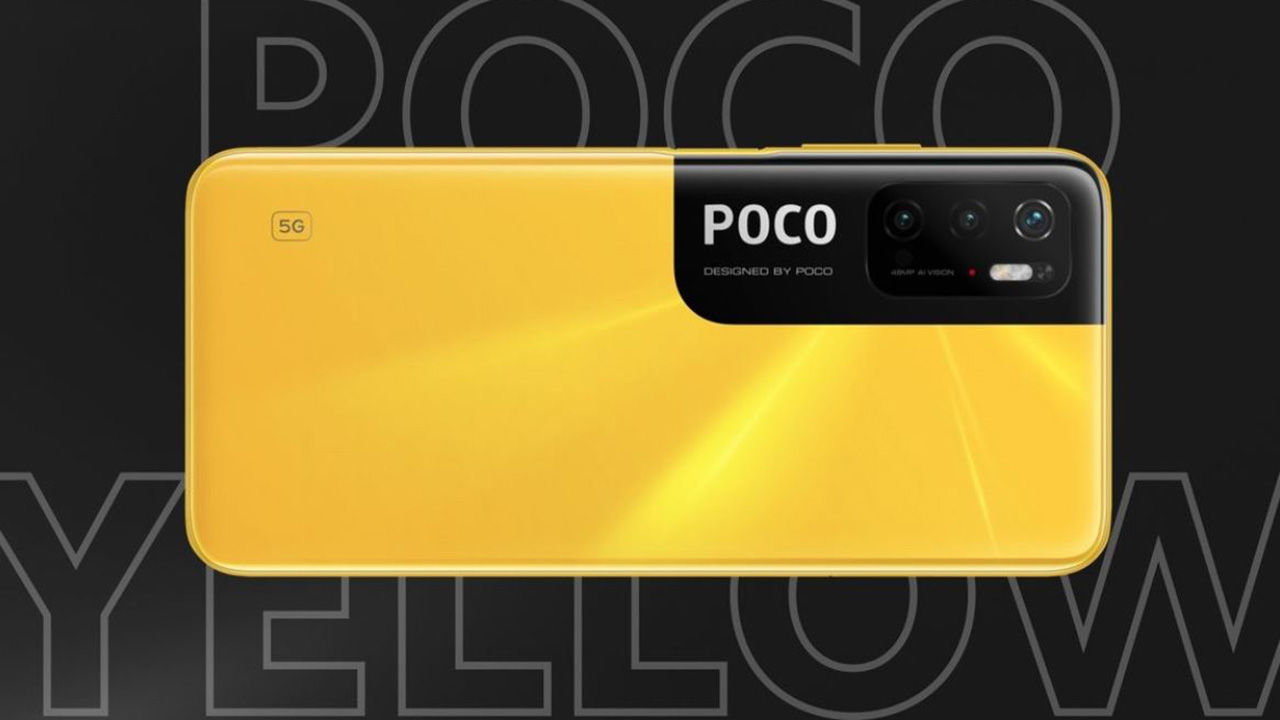 The Poco M3 Pro is barely a day away from from being launched in India. The phone will be unveiled tomorrow, with the company also set to reveal its pricing at the virtual launch event. However, the announcement may not be interesting for a lot of fans as the phone's price has already been leaked online. The leak comes courtesy of Twitter user @theleaksguy.

The phone is set to become the first 5G smartphone from Poco, and will come to India after being launched in China earlier in the year. The phone offers quite a few things to like, with its highlights being a 6.5-inch FHD+ 90Hz DynamicSwitch DotDisplay and a fast Dimensity 700 chipset under the hood. And all this will reportedly be available at an aggressive price.

If this is the same phone as the Poco M3 Pro 5G launched in China, we already know the specs it will offer. The Poco M3 Pro 5G comes with a 6.5-inch full-HD+ display that can refresh up to a 90Hz refresh rate. This display also supports DynamicSwitch feature and 1,500:1 contrast ratio. Under the hood, it comes with a MediaTek Dimensity 700 SoC which has been paired with up to 6GB of RAM and up to 128GB of storage. For cameras, we have a triple-lens set-up at the back, that includes a 48-megapixel main camera with f/1.79 aperture. There's also a 2-megapixel macro camera with f/2.4 aperture and another 2-megapixel depth sensor with f/2.4 aperture.

The cameras onboard support a host of features, including Night mode, AI camera 5.0, movie frame, time-lapse, slow motion video, and macro mode. For selfies, we have an 8-megapixel lens with f/2.0 aperture that offers support for features like AI Beautify, Timed Burst, AI Portrait, and Movie frame. Apart from this, the Poco M3 Pro comes with a side-mounted fingerprint sensor and AI Face Unlock. Lights on the Poco M3 Pro 5G are kept on by a 5,000mAh battery with support for 18W fast charging.