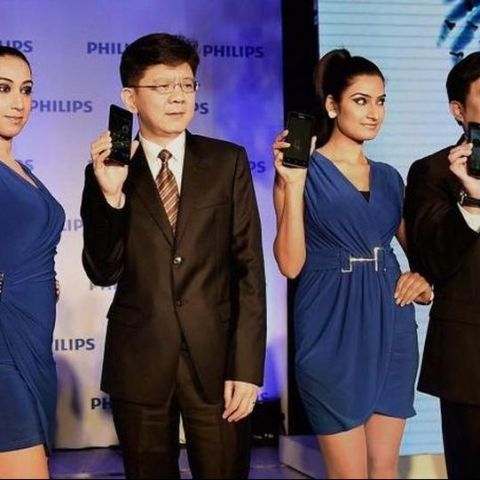 The Philips W6610 is a premium device with a 5-inch qHD display. It has a 1.3 GHz quad-core processor paired with 1GB of RAM. Connectivity wise the smartphone offers 3G, Bluetooth, Wi-Fi, GPS and AGPS support. The USP of the Philips Xenium W6610 is its large 5300mAh battery, which according to the company delivers up to 33 hours of talk time and up to 1,604 hours of standby time. The W6610 smartphone is priced at Rs. 20,650. The Philips S308 is the most affordable priced at Rs 8,290. It has a 4-inch WVGA display. The smartphone has 512MB of RAM and 4GB of internal storage expandable via microSD card slot. It has a 5MP rear camera and a 0.3MP front camera. The smartphone runs on 1 GHz dual-core MediaTek 6572M processor and packs a 1,400mAh battery. Connectivity wise the smartphone supports 3G, Wi-Fi, Bluetooth, GPS and AGPS.

SS Bassi, manager, Saarc, Sang Fei said, "We are glad to enter the Indian market with the latest models of Philips mobiles that are designed to suit the requirements of Indian consumers. With the launch of Philips mobile in India, we aim to offer best-in-class mobile experience at an affordable price."

Research firm IDC says that smartphone sales in India have tripled to over 44 million in 2013 from 16.2 million in 2012, led by a strong uptake of affordable devices. The research firm expects the smartphone market to grow further as more entry-level devices come up in the price range of Rs. 2,500-3000. This new range of affordable devices will help transition Indian users from feature phones to smartphones.

China Electronics Corporation (CEC), acquired the global mobile phone business of Philips in February, 2007. The company's handsets slowly disappeared from the Indian market as home-grown device makers' low-cost offerings swept the market. The company is betting on the burgeoning smartphone market in India, aims to be among the top six players in the category by year end.

In the Indian handset market, Philips faces tough challenge from budget phones like Moto E and Moto G and mid-range smartphones from home grown companies like Micromax, Lava, Karbonn among others. Philips is a late entrant to the Indian mobile phone market, and it will not be an easy task for the electronics giant to get the sizable market share of the handset market without a good pricing strategy.