Motorola has been granted a patent it filed on June 14 that mentions of a technology based on heat that can help an OLED display bend a lot without damaging it. 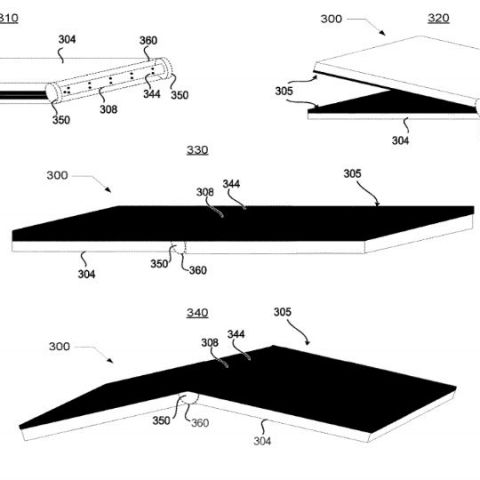 A lot of technology conglomerates are competing to develop a perfect foldable smartphone with Samsung topping the list followed by LG, Apple and Huawei. A patent published by the United States Patent and Trademark Office (USPTO) shows that they have another competitor in Motorola which is also working to perfect a smartphone with bendable display. Motorola has been granted a patent that it filed on June 14 detailing an innovative technology based on heat so that a foldable smartphone with flexible OLED display can bend a lot.

The companies are reportedly facing problems regarding the durability of the foldable smartphones. The frequent bending of the display can cause problems in the long run. The patent filing called "Method to recover permanent set in a foldable display" implies that Motorola found a solution to this problem.

OLED displays consist of multiple plastic layers that are very flexible but if these displays are folded frequently or if a foldable smartphone is kept too long in (half) folded position, then semi-permanent distortion may occur.

How will the technology work?

At this year’s MWC in Barcelona, Lenovo CEO Yang Yuanqing hinted that the company might be working on a possible comeback for a new version of the Moto Razr with a foldable screen. While, Apple’s foldable smartphone may be launched in 2020, Samsung eyes the reported Galaxy X release early next year.