Two new quad-core Android smartphones from Panasonic are destined to make their way to India soon, if their brief listing on Flipkart is any indication. 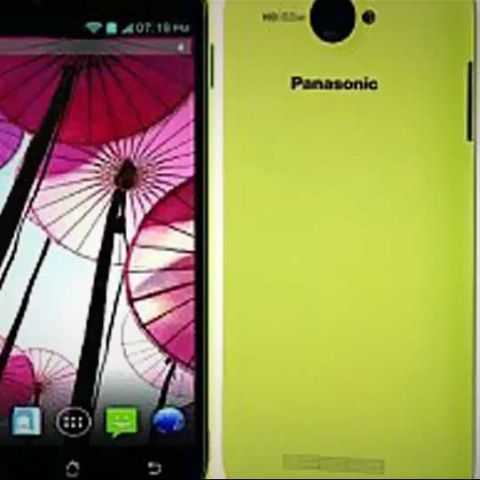 Panasonic has quietly unveiled two new dual-SIM Android smartphones, called the P11 and T11. The mobiles have been spotted online on Flipkart, though have since been removed. The P11 was available for pre-order for Rs. 16,690 and is expected to be launched next week, while the price and availability for T11 was not revealed.

Both the quad-core Android phones run on v4.1 Jelly Bean of the OS and are powered by 1.2GHz quad-core processors. They have 1 GB of RAM, and 4GB of built-in storage that's expandable up to 32GB via a microSD card support. Connectivity features include Bluetooth, Wi-Fi, 3G, and GPS. 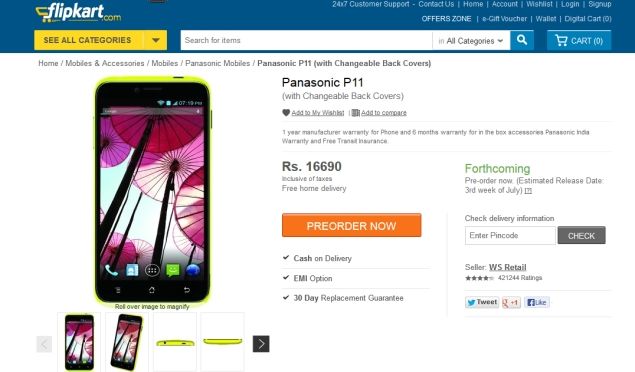 The Panasonic T11 has a 4-inch WVGA display with 480×800 pixels resolution and a 1,500mAh battery. It has a 5 MP rear snapper and a VGA secondary camera. The T11 looks like a budget mobile and is expected to be priced at around the Rs. 10,000 segment.

Panasonic recently entered the Indian mobile market with the P51. The Panasonic P51 comes with a stylus and handwriting recognition support. It has a 2,500 mAh battery and a large 5-inch IPS HD (1280x720 pixels) display. The mobile runs on a 1.2GHz quad-core processor, coupled with 1GB of RAM. It has 4GB of ROM, expandable up to 32GB via microSD card.