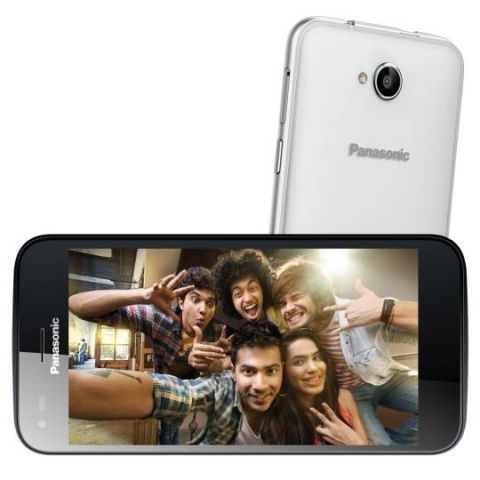 Panasonic has launched a mini version of its Eluga S smartphone. The company is advertising Blink Play as one of the main USPs of the new phone. The feature allows users to take selfies with eye gesture (initiates the automatic three-second countdown). The new Eluga S Mini is available for Rs. 8,990.

The Panasonic Eluga S Mini, smaller version of the Eluga S, has a 4.7-inch 720p IPS display. It sports 8 MP Auto Focus with LED Flash Back Camera and 5MP Front Camera with Blink Play. The smartphone has 1GB RAM + 8GB ROM with expandable Micro SD up to 32GB. The Eluga S Mini runs Android 4.4.2 (Kitkat) with Panasonic FIT HOME UI and is powered by a 1.4GHz octa-core processor. In terms of connectivity, the phone supports 802.11b/g/n; Wi-Fi Hotspot & Wi-Fi Direct, Bluetooth 4.0, Micro USB 2.0 and A-GPS support. It is powered by a 1980mAh battery. Other important features of the Eluga S Mini are Unibody Design, Dual-SIM connectivity, support for 21 Indian Regional Languages and sensors such as Light Sensor, Proximity sensor, and Accelerometer.

Manish Sharma, Managing Director, Panasonic India says: “With the launch of the new smartphone, we are here to offer a new dimension to the Eluga S category; wherein the model has been targeted at the younger generation - the always-on-the-go college youth. Keeping in mind the affordability aspect, this device is perfect for consumers looking for innovation, design, superior build quality and advanced features.” Pankaj Rana, Business Head – Mobility Division, Panasonic India said “Indian customers desire multiple options for whatever they start liking, we worked on the consumer demand and came up with a Mini version of ELUGA S, however upgraded with an innovative Frost-effect design”.