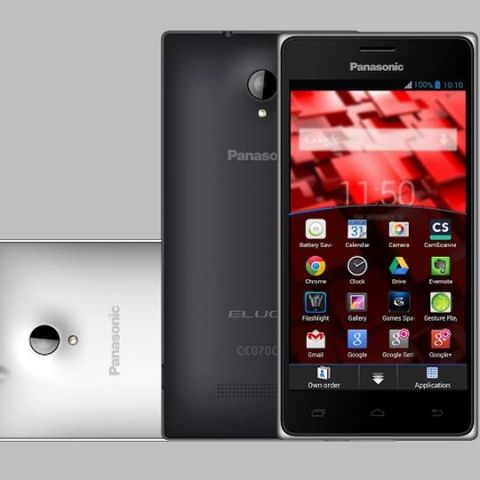 Panasonic has expanded its Eluga portfolio with a new Android smartphone – Eluga I. Priced at Rs. Rs. 9,490, the new Eluga I runs Android 4.4.2 KitKat and is powered by 1.3GHz quad-core processor coupled with 1GB of RAM.

The Panasonic Eluga I has a 5-inch 720p display. The smartphone features an 8MP rear camera with LED flash, 1080p video support and and 2MP front facing camera. It comes with 8GB built-in storage, supports additional storage up to 32GB via microSD.

The new phone comes with an Interactive Flip cover with which the users can access the smartphone locking/unlocking, attending calls and checking reminders & notifications with the smart Flip cover on. Also, it features a “Fit Home” user interface along with some new features like Gesture Play Infinite for accessing apps by drawing gestures on any screen, smart swipe for making the phone perform various functions by swipe of fingers & “Kwik Lock”, where the user can double tap the home screen to lock.

Mr. Manish Sharma, Managing Director, Panasonic India says “With the launch of Eluga I, Panasonic India is offering a new dimension to the company’s unique Eluga series culture; wherein the model has been introduced to reinforce our category strength with one of the most innovative phones in the Eluga series while meeting the needs and requirements of the customers.”

Mr. Pankaj Rana, Business Head – Mobility Division, Panasonic India adds “We are living in a 2.0 world today, where consumers’ requirements are moving and so is their demand for technology. Customers today prefer relevant innovation, so we focus on creating categories of products for various segment of people, rather than focusing on a specific genre. We will continue to launch more and more devices and continue to innovate for our customers.”