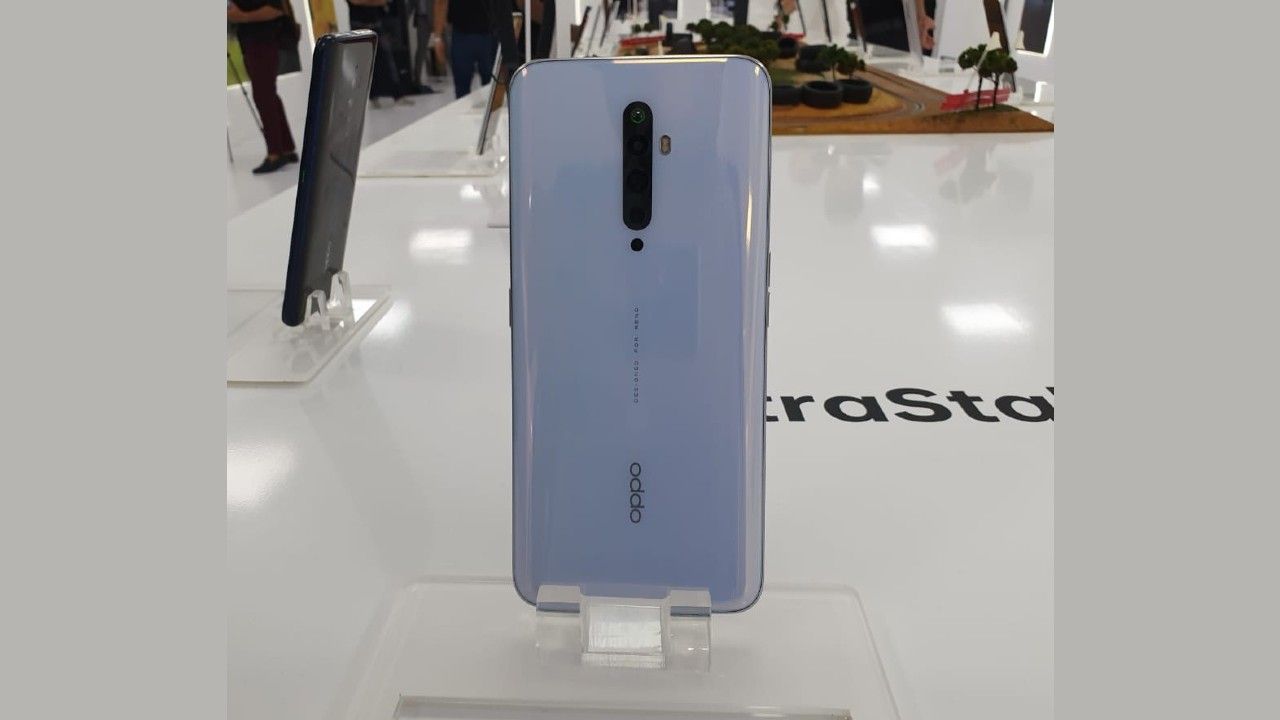 The smartphones come with a wide range of camera features.

The two smartphones can be prebooked till September 10. They will be made available through, Flipkart, Amazon, and offline outlets of the company.

After all the teases and rumours, Oppo has finally launched the Oppo Reno2 series in India today, August 28. The smartphones have been launched in India first, and it will be making their way to China next month. The company had already confirmed a few key specifications of the phones, including the chipset. Oppo has launched three phones today, namely, the Oppo Reno2, Oppo Reno2Z, and Oppo Reno2F

The Oppo Reno2 features a  6.55-inch AMOLED Panoramic notch-less display under the protection of Gorilla Glass 6. It has an aspect ratio of 20:9 with a 2400x1800 pixel resolution, and sports a 93.1 percent screen to body ratio. Oppo had already confirmed that the Reno2 will be powered by the Snapdragon 730G chipset, paired with 8GB RAM and 256GB of internal storage. The smartphone packs a 4,000mAh battery with VOOC Flash Charge 3.0 support.

The smartphone is equipped with gaming-focused features like anti-cheat extensions, optimised Wi-Fi, Game Boost 3.0, Game Assistant, HDR10 gaming support and 25 percent faster graphic rendering in comparison to the predecessor. While the Frame Boost 2.0 allocates resources to avoid the consumption of too much power and heating of the phone, the Touch Boost 2.0 assesses touch events and accelerate response time accordingly.

The Oppo Reno2 has a 3D curved glass back panel with Corning Gorilla Glass 5 protection. It has an in-display fingerprint sensor, which Oppo is calling "Hidden Fingerprint 3.0."  Also, Oppo Reno2 sports the shark-fin rising module with front camera housed in it. The company says it slides out in 0.8 seconds.

The smartphone will be made available in Ocean Blue and Luminous Black colours. Oppo Reno2 price in India starts at Rs. 36,990

Oppo Reno2Z was launched alongside the Oppo Reno2. It features a 6.53-inch full-HD+ (1,080 x 2,340 pixels) panoramic display with Gorilla Glass 5 protection and 19.5:9 aspect ratio. The smartphone is powered by the MediaTek Helio P90 SoC, paired with 8GB RAM and 128GB of internal storage. It packs a 4,000mAh battery with support for VOOC 3.0 charging.

In the optics department, Oppo Reno2Z sports a quad rear camera setup: a 48MPIMX586 sensor, assisted by a 119-degree 8MP sensor, and a pair of 2MP sensors. It supporst 2x optical zoom, ultra-steady video mode for up to 60fps frame rate, EIS for stabilisation, “Ultra Night Mode” for low-light photography. However, the phone misses out on shark-fin rising module, and features a centrally aligned pop-up camera module instead, which houses a 16MP front camera.

Both the smartphones run ColorOS 6.1 based on Android 9 Pie. Moreover, both of them have a headphone jack.

The third smartphone in the Oppo Reno2 lineup is the Oppo Reno2F. It features a 6.53-inch full-HD+ (1,080 x 2,340 pixels) panoramic display with 19.5:9 aspect ratio, under the protection of Gorilla Glass 5. The smartphone is powered by MediaTek Helio P70 chipset, paired with 8GB RAM and 128GB of internal storage.

On the optics front, the Oppo Reno2F sports a quad rear camera setup as well, with a 48MP Samsung GM1 sensor, accompanied by a wide-angle 8MP sensor and a couple of 2MP sensors. It also has features like 10x digital zoom, and Ultra Night Mode 2.0 for low-light photography. However, Oppo Reno2F misses out on EIS for video stabilisation.

The smartphone will be made available in November, Price has not been announced yet.

The two smartphones can be pre-booked till September 10 They will be made available through, Flipkart, Amazon, and offline outlets of the company.