Oppo will soon unveil its Find X smartphone, which is expected to feature a thin-bezel display and feature a pop-up camera. However, we need not speculate anymore as The Verge has posted an early video of the device, revealing its specs and design ahead of the official launch in Paris. The smartphone is shown off in a video and as per the report, it comes with a 6.4-inch Full HD OLED display and a thin-bezel design, resulting in a 92.25 percent screen-to-body ratio. And lest we forget, there is no notch on the display.

The most intriguing aspect of the Oppo Find X has to be the sliding camera. As per the report, its rear and front cameras are hidden when the device is turned off or when the camera app is closed. However, as soon as you boot up the camera app, the complete top edge of the smartphone ‘motorises’ up to reveal a 16MP + 20MP dual rear camera, a 25MP front-facing camera and a 3D face scanning system. When you exit the camera app, the raised section slides back into its original position. Oppo told The Verge that the entire assembly is raised and closed in 0.5 seconds. 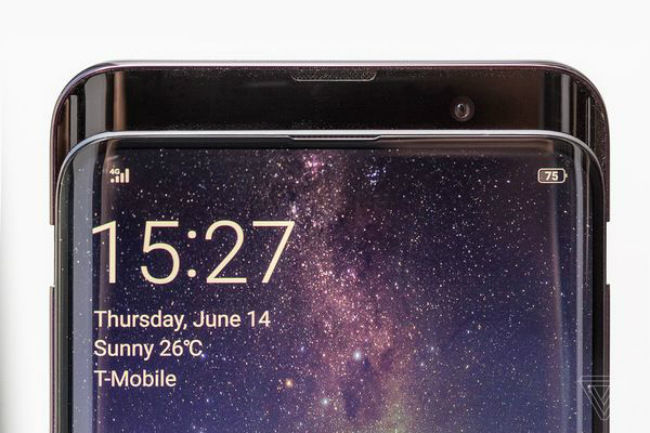 Judging by the video, the smartphone looks a lot like the Samsung Galaxy S9 Plus due to its dual curved sides and rounded corners. The device is clad in curved glass on both the front and the rear. There is no fingerprint sensor on the rear of the device and it is said to solely rely on face recognition system. The Oppo Find X is said to be powered by the Qualcomm Snapdragon 845 processor, coupled with 8GB RAM and up to 256 GB of internal storage.

As expected, it runs on Android 8.1 Oreo, with the company’s Color OS on top and is powered by a 3730mAh battery that supports Oppo’s VOOC fast charging, which is similar to OnePlus’s Dash Charging. As per The Verge, Oppo is planning on selling the device in North America and Europe this time, which will be a first for the company as their phones were earlier only available in China, India, the Philippines, and some other Asian countries. It’s currently unknown how much the device will cost, in India or overseas, and when it can be expected to launch in India. Looks like we will need to wait for the official launch to know more about this.