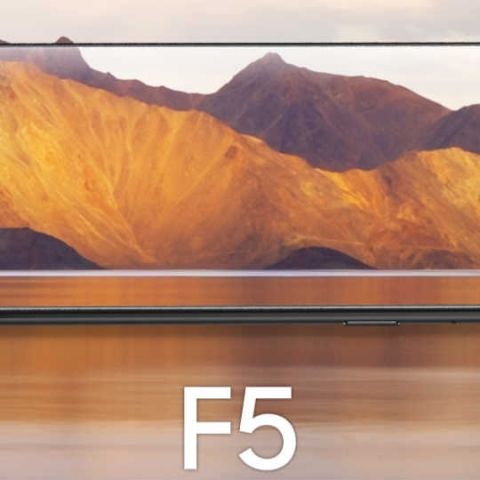 Oppo will launch its selfie-centric smartphone the 'Oppo F5' with fullscreen display in India today. The smartphone was announced last week in the Philippines and the company claims it to be the best selfie smartphone in the world. The smartphone is the successor to the Oppo F3 and the launch event will be streamed live via company's website.

With Oppo F5, the Chinese smartphone is joining the growing trend of shrinking bezels on smartphones. The Oppo F5 features thinner top and bottom bezels and packs a larger 6-inch Full HD+ display. The 6-inch IPS LCD display has a resolution of 2160 x 1080 pixels, translating to an aspect ratio of 18:9. The smartphone is powered by an octa-core MediaTek Helio P23 chipset but the Indian variant might use a Qualcomm chipset.

Oppo F5 was launched in two storage options: 4GB RAM variant with 32GB storage and 6GB RAM variant with 64GB storage. While most smartphone makers try to highlight the specifications, Oppo is likely to focus on the design and its selfie camera. Oppo F5 features a 20MP front camera with 1/2.8-inch sensor and f/2.0 aperture. The smartphone also uses artificial intelligence to highlight features like eyes, nose, jawline or cheekbones in selfies. There is also an option to capture portrait mode selfies with an artificially blurred background.

As far as the primary camera is concerned, Oppo F5 is fitted with a 16MP sensor with wider f/1.8 aperture, phase detection autofocus and LED flash. The camera supports 1080p video recording at 30 frames per second. The Oppo F5 runs on Android 7.1 Nougat based on ColorOS 3.2 and features a rear-mounted fingerprint sensor. The smartphone supports WiFi, Bluetooth, GPS, 4G LTE and sticks with microUSB port. Under the hood, it has a 3200mAh battery and is expected to become available in red, gold and black colours. The smartphone was announced at 15,990 PHP in Philippines and could be priced under Rs 20,000 in order to stay competitive against Vivo V7+.