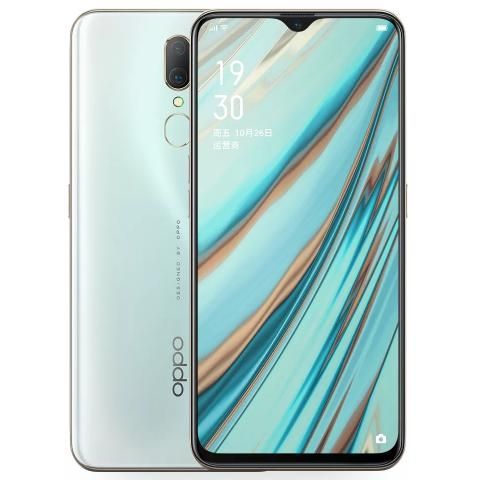 The Oppo A9x is a slightly more sophisticated model than the Oppo A9 that was launched in China last month.

It comes with VOOC 3.0 fast charging and a new 48-megapixel rear camera.

Chinese consumer electronics manufacturer Oppo launched its A9 smartphone in China late last month with a Helio P70 chipset and a 6.53-inch Full HD+ display at a starting price of CNY 1,7999 (Rs 18,300 approx). Now, however, the company has announced a slightly more sophisticated version of the same phone. Named A9x, it sees big improvements in the camera and battery departments.

Let's review the changes in the new Oppo A9x. A new 48-megapixel rear camera replaces the 16-megapixel shooter the A9 had. The battery capacity remains the same at 4,020mAh but the charging tech has improved. Oppo has thrown in its proprietary VOOC 3.0 fast charging technology. The reset of the smartphone's specifications seem to be the same.

Available during its next sale on May 21 (10AM onwards) for a price of CNY 1,999 (Rs 20,300 approx) from Oppo's official website, the new Oppo A9x comes with a Helio P70 chipset with 6GB of RAM. The internal storage available on board is 128GB. Like most Oppo models, the A9x runs ColorOS 6, which is based on Android 9 Pie. The display measures 6.53 inches diagonally and has a Full HD+ resolution.

Like many smartphones out there in the market, the Oppo A9x has a tiny water drop-style notch for the single 16-megapixel selfie camera. The smartphone is available in two colours in China: Meteorite Black and Ice Jade White. There's no word yet on when the Oppo A9x (or the cheaper Oppo A9, for that matter) will make its way to India and what its exact price will be. Whenever it does, we'll keep you informed.