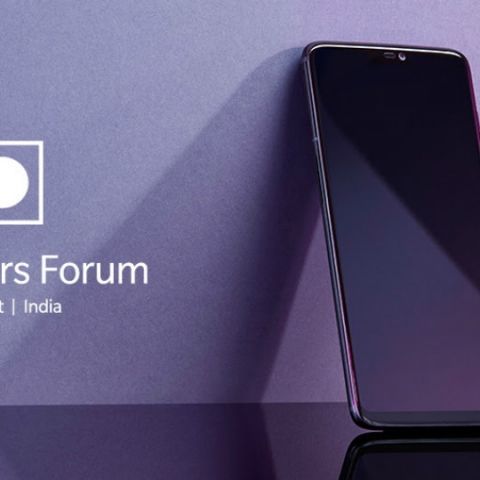 Interested users can participate in the event by answering some simple questions and if selected, they will get to meet and discuss software and hardware with members of the OnePlus team.

OnePlus has announced that it will host its first ‘Open Ears’ community feedback event in India on June 7. The company aims to connect with users at the community event to get their feedback and suggestions. OnePlus holds these events globally with a certain theme in mind. The company previously held the event in San Francisco with software as the theme and this is the first time an Open Ears event is being hosted in India with the theme ‘Product’. 30 people will be selected for attending the event and those who are interested can apply here. It should be noted that applications for attending the event will be accepted till June 12 and selected participants will be contacted by June 15.

Those who are selected will get a chance to interact with members of the OnePlus team. According to OnePlus, the previously hosted Open Ears forum in San Francisco led to the betterment of OxygenOS. This time, with the theme ‘Product’ in mind, the company will discuss a number of topics related to their product, software and also a dive deep into the OnePlus 6.

“Our ‘Never Settle’ motto means we are always eager to improve ourselves, and our users play a significant role when developing new releases. Keeping this in mind, we wanted to hear directly from our Indian fans.” said Pete Lau, Founder and CEO, OnePlus.”We do not run after trends or take short-term decisions but want to create a smartphone that is created based on what our user needs. We appreciate the opportunity to speak directly with our users, contributing to the development of new features and products,” he added.

The community event comes soon after the company launched its OnePlus 6 smartphone, along with the Marvel Avengers Edition of the device in India. Garnering feedback from consumers is a good way to keep the company's "Never Settle" motto in check. The feedback is even more important for Oneplus as it received a lot of flak from users after announcing that the OnePlus 6 will feature a notch on top of its display. Noticing the outcry, the company did provide an explanation, saying that it’s been done to provide more screen real-estate to the user.

Our review of the OnePlus 6 reads, “The OnePlus 6 is built for speed from the ground up. The smartphone has the history of being a flagship killer, but despite the top-of-the-class hardware, the compromises in OnePlus phones have also remained consistent, so much so, that it now acts as a deterrent to buy this over an expensive flagship. The OnePlus 6 is still just as fast, even more beautiful but has the same flaws as last time.” You can read the entire review here.