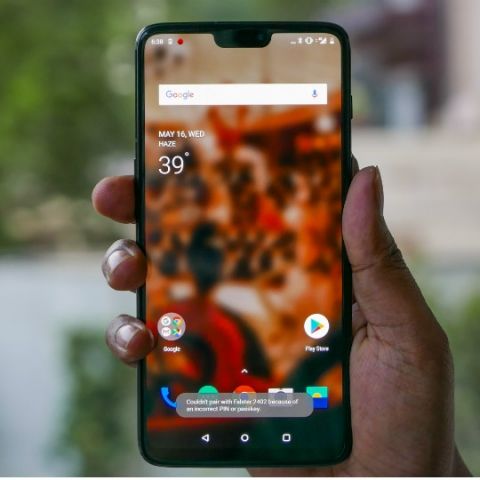 OnePlus rolled out an update for the OnePlus 6 which enabled new features on the device. However, the update removed the always on display feature from the phone.

OnePlus recently launched its flagship OnePlus 6 smartphone and it seems that the company has removed the Always On Display (AOD) feature from the device. Just a few days after launch, OnePlus rolled out a software update for the device, which as per Piunikaweb, removed the AOD feature. Many users who purchased the handset have complained of the same on OnePlus forum and said that before the update, there was an option of choosing between Always On Display or Lift Up Display but the latest update has removed the AOD option from settings. The Always On Display is quite handy for taking a quick glance at the time and date, along with checking out whether there are app notifications or not.

OnePlus has also given an official statement on the issue saying, “We have an official update from our Technical Team confirming that always on display on OnePlus 6 was removed due to battery saving concern.” It seems that the feature was causing accelerated battery drain, due to which it was disabled on the OnePlus 6. However, the AOD option is also present on some other devices like the Samsung Galaxy S9, Pixel 2 XL and more, and even though it’s true that the feature causes slight battery drain, many users still use it anyway. There is a possibility that OnePlus might enable the feature again via a software update, after ironing out the bugs.

Even though the new update disables Always On Display feature for the OnePlus 6, it also enables slow-mo video recording and compatibility mode for hiding the notch. With the update, the smartphone can now record slow motion 720p and 1080p videos at 480fps and 240fps respectively. Additionally, the compatibility mode, which OnePlus said will allow users to hide the notch is also enabled. The May security patch for the OnePlus 6 has also been rolled out with the update, along with updating the device’s camera to quickly capture images in portrait mode. To make use of the quick portrait feature, one will have to boot up the camera and double tap the power button.

The OnePlus 6 comes in two variants, one with 6GB RAM/64GB storage, and the other with 8GB RAM/128GB storage, which are priced at Rs 34,999 and Rs 39,999 respectively. The company has also unveiled a OnePlus 6 Marvel Avengers Limited Edition version of the smartphone, but it will be available at a later date. This limited edition version comes with 256GB of storage with 8GB RAM and is priced at Rs 44,999.

Coming to the specifications, the OnePlus 6 features a 6.28-inch Full HD+ display with a taller aspect ratio of 19:9. It is powered by the Snapdragon 845 SoC, and is the first device to be powered by the chipset to launch in India. On the rear of the smartphone is a 16MP+20MP dual camera setup, while at the front it features a 16MP sensor. The phone runs on OxygenOS 5.1, which is based on Android 8.1 Oreo and customers can also experience the latest Android P beta on it.

You can read our review of the OnePlus 6 here.