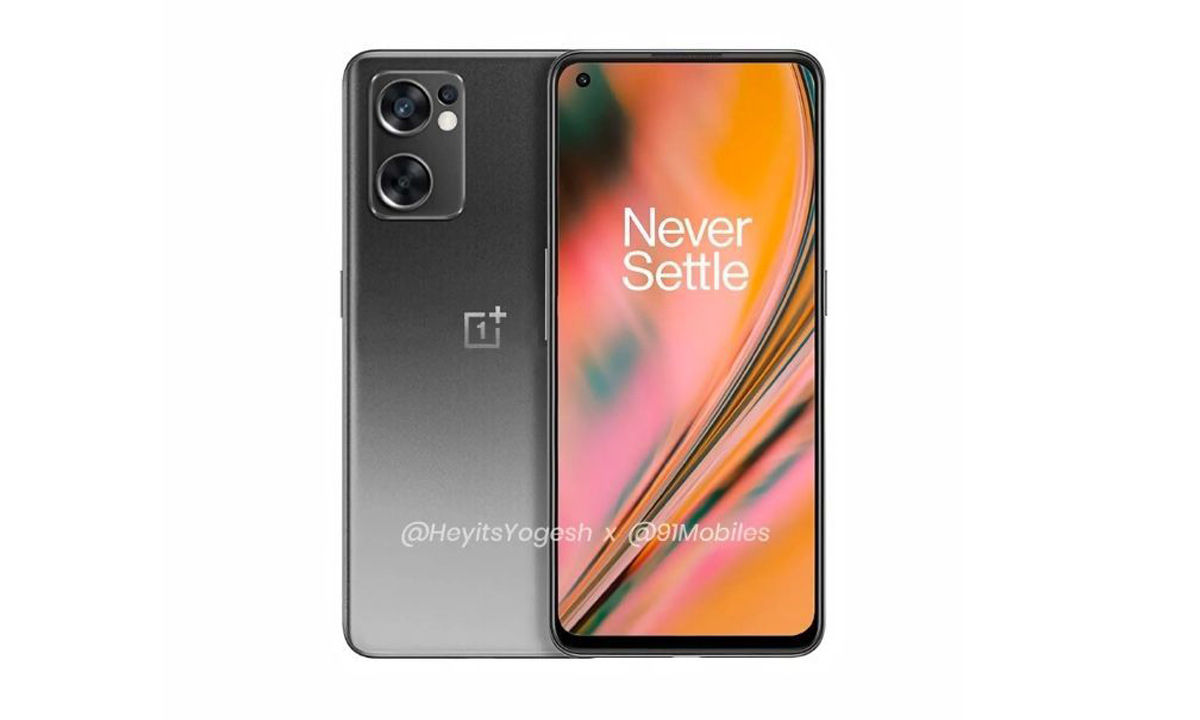 Leaked renders hint that the phone could be a rebranded Oppo Reno7 SE (Photo credits: 91Mobiles)

OnePlus Nord 2 CE will succeed the OnePlus Nord CE that launched as the most affordable option in the company’s 2021 lineup. The phone with the model number IV2201 was first spotted by tipster Mukul Sharma.

Renders that leaked earlier showcase OnePlus Nord 2 CE sharing its design with Oppo Reno7 SE. The phone that will allegedly come in Grey and Olive Green options, is rumoured to include faster 65W charging and a better camera system as compared to the Reno7 SE. And we can safely assume that the phone will ship with Android 12-based Oxygen OS out of the box.

The handset is expected to be powered by MediaTek Dimensity 900 SoC paired with 12GB RAM and up to 256GB of storage. The triple camera system at the rear will reportedly include a 64 MP main sensor, an 8 MP secondary wide-angle sensor, and a 2-megapixel macro camera. On the front, the phone is expected to include a 16MP sensor for selfies and video calls. The handset will also reportedly include a 4500mAh battery with 65W fast charging.

Also Read: OnePlus 10 series could be showcased at CES 2022

Apart from the new Nord phone, OnePlus could also be teasing its flagship OnePlus 10 series phones next month at CES 2022. OnePlus 10 Pro is rumoured to sport a 6.7-inch QHD display with a 120Hz variable refresh rate. The phone is confirmed to employ Snapdragon 8 Gen 1 SoC which will likely be paired with up to 12GB LPDDR5 RAM and 256GB of UFS 3.1 storage.