OnePlus CEO Pete Lau justifies the notch on the OnePlus 6

Pete Lau enunciates on the company’s decision for including a notch design on their upcoming OnePlus 6 smartphone.

OnePlus Co-founder, Carl Pei, recently confirmed and explained the company’s decision to incorporate a notch on top of its upcoming smartphone’s display. Now, OnePlus CEO Pete Lau has also expounded the argument and tried explaining the reasoning for the decision which has sparked a “fiery debate” online. As per Lau, via OnePlus Forums, the biggest challenge the smartphone manufacturer faces, is to “make the most out of every square inch of your device” and efficiently make use of the freed up space as components used in a smartphone are shrinking every year with advancements in technology and the manufacturing process.

OnePlus says that the components in its upcoming device no longer need to take up the entire space of the top bezel and so the company decided to give more screen area to users by moving them into a notch. Lau restates what Pei said earlier about the notch that on its upcoming handset, it’s smaller than the iPhone X, but larger than the one seen on the essential phone and it couldn’t have been any smaller as it would have affected the quality of the smartphone’s front-facing camera and earpiece or it would’ve needed to remove the proximity and ambient light sensors, or the “user-requested” LED notification light. 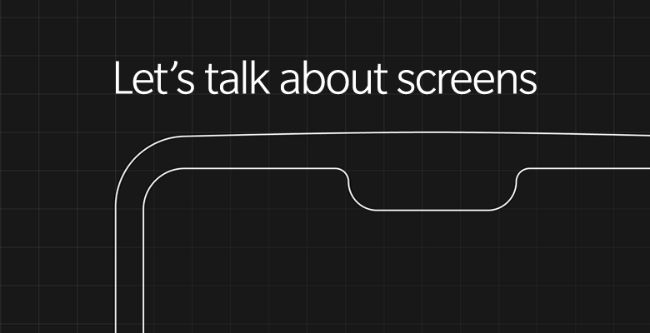 Lau continues, “It’s easy to get caught up in a debate on aesthetics, but to us this decision was simply about pursuing optimal phone design. Being able to offer more screen without compromising on size or performance is a great benefit. That said, we wanted to offer the biggest display possible without compromising on hardware, which is why we opted for the notch design.” This new design decision was met with harsh criticism from the OnePlus fans and community members. Pete Lau even deleted his tweet which read, “Learn to love the notch” as its scorned users didn’t take the news very well that the notch is being imposed without heeding their opinions. 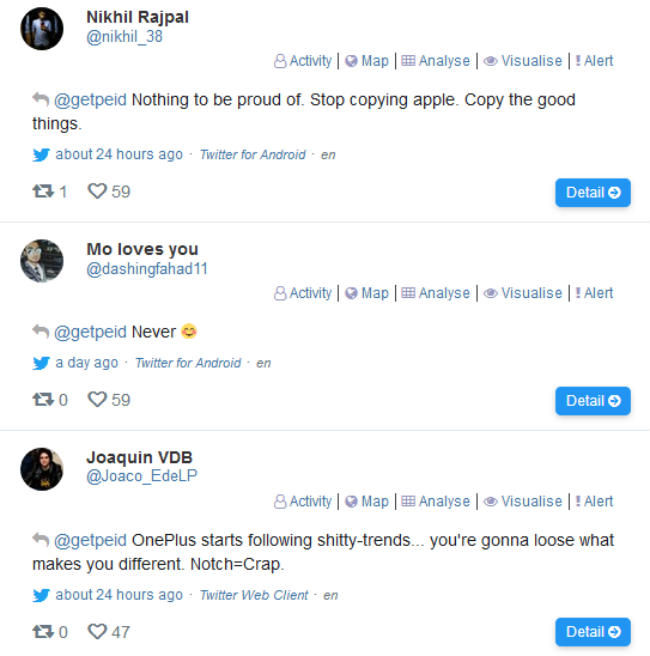 OnePlus says that it work with three screen manufacturers to offer the best viewing experience on its devices. While choosing the display, the company prioritises maximising the viewable area and the notch is said to do the job most efficiently by taking up 19.616mm X 7.687mm of space on top of the display and freeing up a “considerable amount of space” by absorbing the status icons and notifications. Lau cites his company’s research and says that the notch makes optimum use of the screen’s area by giving users more screen, as there are usually no notifications or icons placed there and it is left unutilised.

Moving on to the company’s second priority while choosing a screen, Lau says that it’s display performance, followed by keeping up with the global demand. The former encompasses brightness level, chromatic accuracy and color range, and the selected screen which fulfills all these needs was also optimised for a notch cut out. So OnePlus decided to ‘offer’ users the benefit of additional screen real estate. Also, in order to fulfill the global demand, the company says that it needs to ramp up production accordingly, which means “using a display that is readily procurable is the only way we can keep up with global demand. This translates to fewer delays, faster shipping, and the ability to service more people.” Lau adds, “By listening to your opinions and feedback, we aim to design smartphones that meet your needs and standards. While many of you have asked us not to increase the physical size of our phones, others requested larger and more immersive displays. The notch helps us accomplish both requests.”

He says that the notch won’t interrupt users while watching videos or playing games on their device. Do note that neither Pete Lau or Carl Pei have confirmed the OnePlus 6 moniker for their upcoming smartphone. The device will also come with a compatibility mode that can be set for individual apps and it will black out the sides of the notch when the smartphone is in landscape mode. OnePlus says that they have also tested the feature with the 1000 most popular apps on the Play Store and says that it “works wonderfully." You can read what Carl Pei earlier said of the notch design on the company's upcoming phone here.