OnePlus will be one of the first to leverage Qualcomm's Snapdragon 855 to launch a 5G smartphone in 2019: CEO Pete Lau

Lau also announced at the event that OnePlus will be the first to release a commercial 5G smartphone with UK carrier EE in 2019. 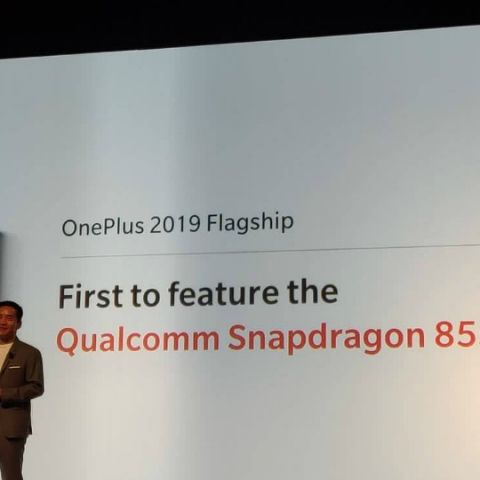 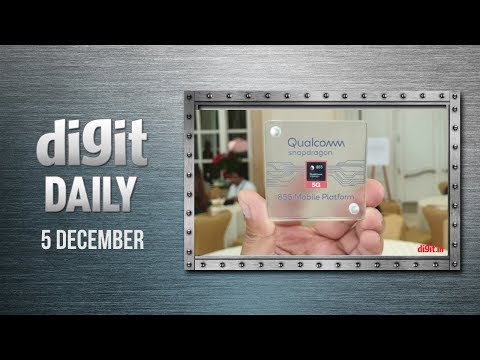 UPDATE: OnePlus made a mistake during its presentation at the Snapdragon summit and the company now says that it will be one of the first to launch a smartphone with the new Snapdragon 855 chipset. The company attributed the error to a translation mistake in the slides it presented at Qualcomm's summit.
At the Day 2 Keynote of Qualcomm’s 3rd Annual Snapdragon Tech Summit in Maui, Hawaii, OnePlus CEO Pete Lau announced that the premium smartphone-maker will be the first to leverage the power of the Snapdragon 855 in its upcoming smartphone. Possibly called the OnePlus 7, it will make use of the 5G-variant of the Snapdragon 855 which will be paired with Qualcomm’s X50 modem along with the mmWave and sub-6 GHz antenna module to deliver 5G connectivity in select markets like Europe and UK.
The announcement came as no surprise as OnePlus has increasingly become one of the largest evangelists of Qualcomm’s 8-series flagship chipsets ever since the OnePlus One which was powered by the Snapdragon 801. What’s surprising is the fact that OnePlus can boast of being the first to do so this time, with the Snapdragon 855.
What’s more, the OnePlus 5G phone might arrive earlier than expected. OnePlus has a bi-annual release cycle with roughly six months between each new release. Based on what Lau said on stage, it seems the OnePlus phone with Snapdragon 855 will arrive early in 2019. Lau also announced at the event that OnePlus will be the first to release a commercial 5G smartphone with UK carrier EE in 2019.
While making an announcement of being the first is one thing, making the device available for users to buy is something entirely different. Samsung too said it will be the first OEM to ship a 5G-ready smartphone in the United States running on Verizon’s 5G network at the keynote address yesterday. Till last year, either Samsung and Sony had the opportunity to roll out devices powered by the Snapdragon 8-series chipsets the first, usually around the time Mobile World Congress happens in February in Barcelona, Spain. This time though, OnePlus will be the first to have the Snapdragon 855 in its smartphone.
Pete Lau also disclosed a rather interesting statistic about the Indian smartphone market. According to OnePlus, the premium smartphone market in India grew by a staggering 44 percent if OnePlus is considered in that league. Without OnePlus, the premium smartphone market actually shrunk by 12 percent, indicating that in the premium segment, users are demanding a higher price to performance ratio, which could be the key to success in India for OEMs.
The Snapdragon 855, Qualcomm claimed, has the largest increase in performance ever for a Snapdragon chipset. The 7nm chipset manufactured on a TSMC process will likely deliver 45 percent increase in performance along with a 20 percent boost in performance per watt in graphics. The chipset will rely on Kryo 485 custom cores designed on ARM’s new Cortex-A76 cores for performance.
The chipset will also use a tri-cluster CPU microarchitecture with one Kryo Prime core clocked at 2.85GHz for high performance, three  cores clocked at 2.4GHz for sustained peak performance and four Kryo cores clocked at 1.8GHz for efficiency. Each core will have a private L2 cache along with a shared L3 cache apart from a dedicated system cache. All that, will allow the Snapdargon 855 to deliver the highest speed ever for a Snapdragon chip along with increased power savings.
The Kryo CPU will be paired with an Adreno 640 GPU which promises 20 percent faster graphics rendering and be the first to support Vulkan 1.1 graphics. Furthermore, there will be Snapdragon Elite Gaming, which is what Qualcomm is calling it’s suite of features for enhanced mobile gaming, which includes hardware and software optimisations to make mobile games look much better.
The Snapdragon 855 will also leverage Qualcomm’s 4th-generation AI Engine and despite strong rumours suggest a dedicated NPU for AI tasks, Qualcomm will stick to the hetergenous model of AI computing which it believes make the platform work like the human brain when it comes to AI. In that regard, AI tasks will be segregated between the CPU, GPU and the DSP, promising 3X speed in AI processing. The Hexagon 690 DSP has a dedicated Tensor accelerator to crunch through complex arithmatic compution used in AI much faster.
The Snapdragon 855 will be paired with the X50 5G modem for 5G connectivity in markets where 5G will be available in 2019. In markets where 4G will still rule the roost, the Snapdragon 855 will make use of the new X24 LTE modem that promises peak throughput of 2Gbps. The chip will also support Wi-Fi 6 along with 60GHz Wi-Fi which can theoretically deliver speeds up to 10Gbps with wire-equivalent latency.
There are lots more to the Snapdragon 855 and we will be taking time to speak to Qualcomm executives to learn more about the upcoming flagship chipset in the next few days. We’re surely excited to get our hands on a Snapdragon 855 powered smartphone ASAP to put all the new features to test. Till then, stay tuned for more updates.