OnePlus 6T users have taken to reddit to complain that the battery life of the device has been halved. 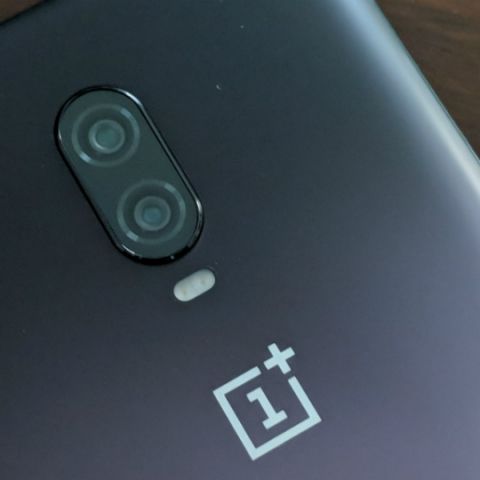 When the OnePlus 6T was launched, one of the key highlights of the smartphone was its battery life. However, users of the smartphone have taken to reddit to report faster battery drain on the device. A Reddit post reads, “So for the past day or so my 6t's battery has suddenly started draining from 80% extremely fast. If I had to guess I'd say my battery life was at least halved all of a sudden and I'm not even putting it through heavy workloads or anything. I've put background restrictions on the biggest culprits and that hasn't done anything. I updated the software to the latest version available to the T-Mobile verson and that didn't do anything at all either.”

The user who posted this also said that he tried things like clearing the cache from the phone and from the Google Play Store, but this didn't help. He also tried factory resetting the phone and enabling battery saver but none of the two helped improve the battery life. The user even tried putting the phone in airplane mode. He says, “it seems to be the only thing making my battery life even somewhat resemble anything like how it was. But I obviously can’t count on this as a fix.”

In the reddit thread, other user are also complaining about the battery life drain of the OnePlus 6T. Some users who got 6 to 7 hours of on screen time are now getting about 4 hours of battery life. One user goes on to say “Not sure if it's planned obsolescence of just battery physics, but the honeymoon phase is usually soon over. If it would be a constant 6-8h, we wouldn't have to buy new phones anymore. Even the 3T was getting two days of battery life at the beginning for me (7h SoT) , but then quickly dropped down to 3h.”

Other users say that the apps on your smartphone affect the battery life. The user kinghaloman says that he has been getting good battery life for years of using his OnePlus smartphones. Since a large number of people are reporting the battery drain problem, it is possible that there is a bug affecting the performance of the smartphone.

Ever since the OnePlus 3, the Chinese smartphone maker has followed a two flagships per year formula. The OnePlus 6T launched in October 2018 which means that we can expect the next OnePlus smartphone to launch in April-May of 2019.

Coming to the specs of the OnePlus 6T the dual-SIM smartphone has a 3700mAh battery and runs on the Qualcomm Snapdragon 845 SoC. It has a 6.41-inch Optic Amoled display with a resolution of 1080 x 2340 pixels. The smartphone is available in 6 and 8GB RAM variants with the Mclaren edition of the device sporting 10GB RAM. In terms of storage you have the option of 128 or 256GB. In terms of optics, the smartphone has a 16+20MP camera at the back and a 16MP selfie shooter. It brings with it the company’s dash charge capabilities. The OnePlus 6T also houses a in-display fingerprint sensor. You can check out our detailed review of the OnePlus 6T here.

Next OnePlus smartphone may have UFS 3.0 storage