OnePlus 6 will allow users to hide the notch 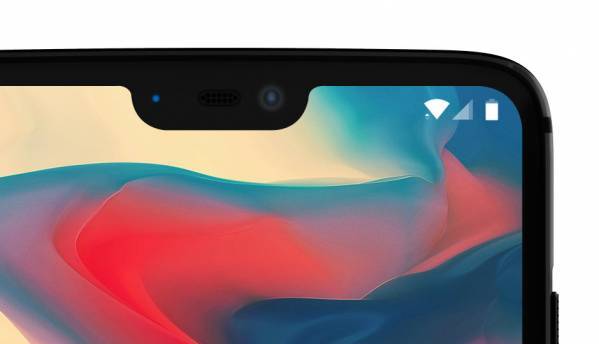 OnePlus 6 will allow users to hide the notch

New reports, rumours and official news of the upcoming OnePlus 6 keeps pouring in and many of the company’s fans have been taken aback by the company’s decision to fit a notch on top of its display. OnePlus CEO, Pete Lau has addressed the concerns of scorned customers, who feel that the viewing experience is hampered by the notch on a smartphone saying that the OnePlus 6 will come with a compatibility mode, which will hide the notch by blacking out its sides when the device is in landscape mode. As per the company, the compatibility mode has been tested with over 1000 top apps on the Play Store and it can also be set for individual apps as well.

The company’s Co-founder, Carl Pei also confirmed that the OnePlus 6 will feature a notch on top of its display and Pete Lau later gave an explanation as to why the company decided to adopt the new design trend. He says that the notch provides more screen real-estate for a user as the components on the top of the upcoming smartphone’s screen don’t need the entire top bezel. It is said to be smaller than the one on the iPhone X but wider than the one we have seen on the essential phone.

There is also a new report, which hints that OnePlus could also debut a Bluetooth enabled wireless versions of its Bullets in-ear headphones. The ‘OnePlus Bullets Wireless’ headphones with model number BT31B have been spotted on the Bluetooth certification website and it is registered to the smartphone manufacturer.

The official forum for the OnePlus 6 is also live now and in terms of hardware, the smartphone is confirmed to be powered by a Qualcomm Snapdragon 845 SoC and will come with 8GB RAM and 256GB internal storage. It will also retain the 3.5mm audio jack. Pete Lau also recently emphasised that the OnePlus 6 will be aimed at providing smoother and faster user experience. He said, “Fast is about ensuring there is less than a 1/1000 percent likelihood of your phone freezing, even under constant heavy use. To us, it’s about setting a higher standard. To create this higher standard, we start with the best hardware: the Qualcomm Snapdragon 845 paired with up to 8GB of RAM and 256GB of storage. Choosing the best hardware is the easy part, the real challenge is in making the best hardware perform in ways that adds value to the experience of the user. Within the OnePlus R&D team, we have a specialized team called Team FSE (Fast, Stable, Efficient). Their focus is solely on maximizing the power of our flagship devices.” From the rumour mill, it is speculated that the device could feature a vertically stacked dual rear camera setup and there might be another variant which sport a rear panel with wooden finish. It is expected to run on OxygenOS, based on Android Oreo.