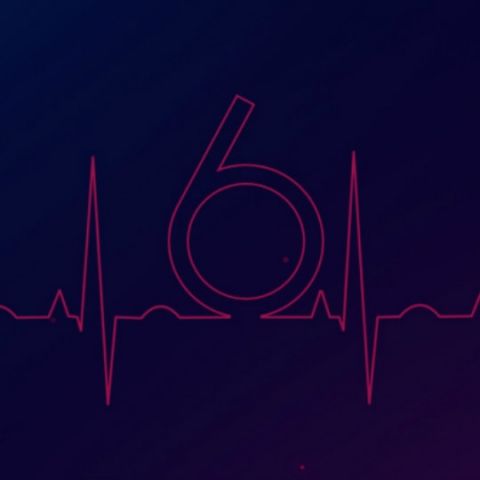 The company has posted a teaser on its weibo account, which points towards a heart rate sensor on the phone.

As the day of the OnePlus 6 launch draws closer, the company is slowly teasing more tidbits about the smartphone. The newest feature teased by the company is a heart rate sensor. OnePlus posted an image on its Weibo page, that shows a cardiogram with the numeral ‘6’. Unfortunately, other details of the feature are not yet known.

Much of the OnePlus 6 has already been confirmed by the company. The upcoming device will feature a Qualcomm Snapdragon 845 SoC and will offer upto 8GB RAM and 256GB storage. It is also confirmed to feature a notch on the display. The company could also allow users to hide the notch via a compatibility mode. The device was spotted on TENAA a few days back and as per that listing, the device will feature a 6.28-inch Full HD+ display with a resolution of 1080 x 2280 pixels. The phone is expected to feature a dual-rear camera setup with 12MP + 16MP cameras, while at the front, it could feature a 16MP unit. The company has also teased other features of the OnePlus 6 including water resistance, as well as a focusing feature for the alert slider.

The OnePlus 6 will be globally unveiled on May 16, followed by the India launch a day later. The India launch event will be held in Mumbai and those interested can choose to attend the event by purchasing a ticket. The tickets for the event will go on sale at 10PM from May 8. Those who attend the event will get some goodies such as a OnePlus Tote bag, baseball cap, a OnePlus Marvel Avengers limited edition Shirt, and more. The smartphone will be an Amazon exclusive and its Prime customers will get to buy the OnePlus 6 by accessing the sale ahead of time at 12:00 PM IST on May 21, 2018. To know about about how to book tickets, click here.