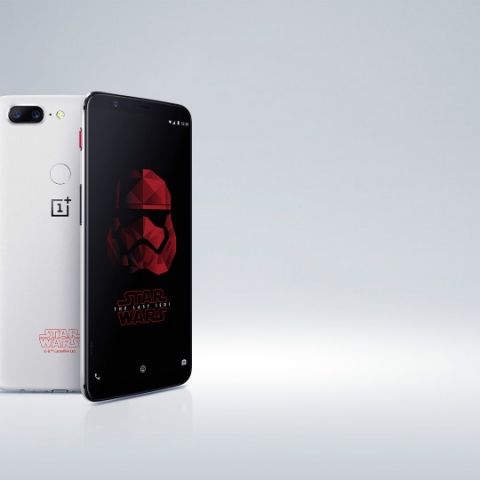 Celebrating its anniversary in India on December 2, OnePlus announced the Star Wars Limited Edition of its flagship OnePlus 5T smartphone. The new limited edition smartphone will be launched on December 14 in Mumbai and Interested folks can participate in the event by booking tickets for Rs 999 only on Paytm, starting 10AM on December 7.

The OnePlus 5T Star Wars Limited Edition will go on sale both online and offline starting December 15, across online and offline channels such as Amazon.in, oneplusstore.in and OnePlus experience zones in Bangalore and Noida. The Limited Edition OnePlus 5T comes in a black & white Star Wars theme, but is similar to the regular OnePlus 5T in terms of hardware and specs. The limited edition smartphone sports the Star Wars logo at the back and a red coloured power button. 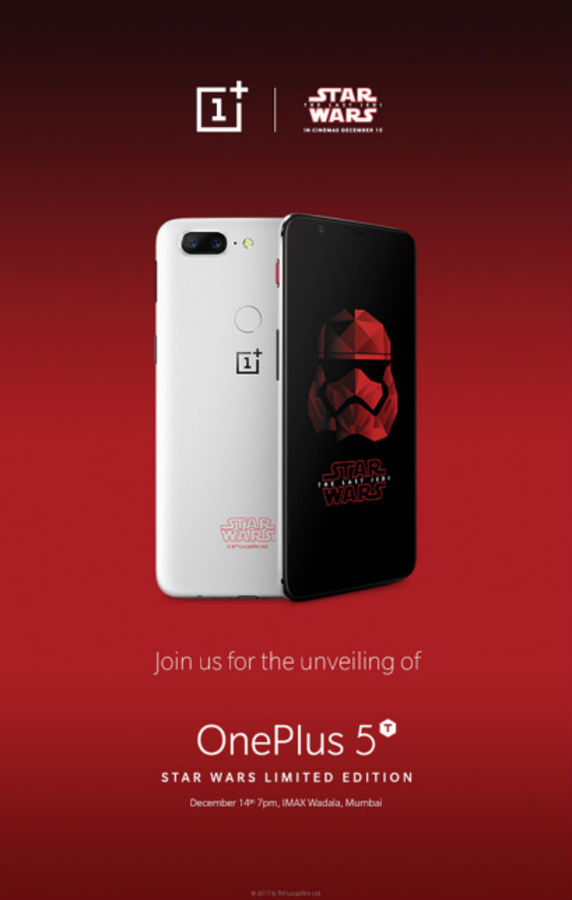 OnePlus 5T is the company’s second flagship smartphone this year. It was launched in India on November 16 and went on open sale starting November 28. The new smartphone is almost similar to its predecessor in terms of specs, however, it comes with a bezel-less design and a new rear camera setup.

The OnePlus 5T is powered by Qualcomm’s Snapdragon 835 chipset and runs on OxygenOS 4.7.2 on top of Android 7.1.1 Nougat. The device sports a 6.01-inch FHD+ Optic AMOLED display with a taller 18:9 aspect ratio and comes with a rear-mounted fingerprint scanner. Oneplus has promised an Oreo update for the smartphone by early 2018 and a beta Oreo build will be released for it sometime this month.

The OnePlus 5T features an overhauled dual rear camera setup with 16MP and 20MP sensors. Both sensors feature the same f/1.7 aperture lens and come with 27.22mm focal length for capturing better low light and portrait images than its predecessor. It sports a 16MP front-facing camera with f/2.0 aperture. The smartphone is powered by a 3300mAh battery.