OnePlus 5T rumours roundup Updates: Everything we know so far 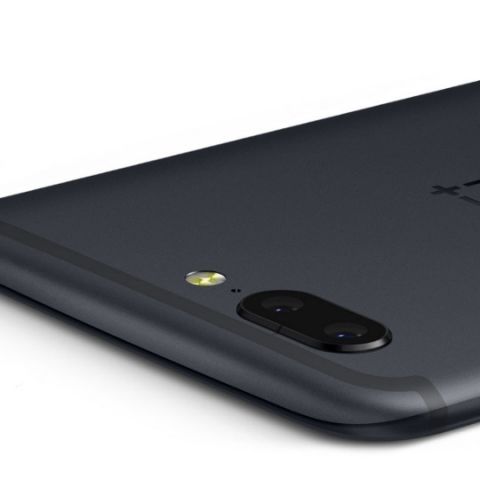 OnePlus launched their latest flagship smartphone, the OnePlus 5 back in June this year. The phone isn’t even 5 months old and the company is all set to launch its next iteration as the OnePlus 5T. The phone is expected to feature a taller 18:9 aspect ratio and new design, and maybe even a new camera setup. Here’s a roundup of all the rumours associated with the device.

Almost all of the rumours so far are pointing towards the OnePlus 5T sporting an 18:9 display aspect ratio. The smartphone was recently spotted on GFXBench which revealed some specifications speculated by previous reports. The listing suggests that the smartphone may come with a Full HD+ Univisium display and a bezel-less design.

The OnePlus 5T is expected sport an aluminium unibody chassis and have bottom-firing speakers. The smartphone is expected to feature a larger 6-inch display with a Full HD+ resolution of 2160 x 1080 pixels. By comparison, the OnePlus 5 sports a 5.5-inch Full HD display.

Evan Blass, aka @evleaks had also posted a tweet stating that OnePlus may indeed be working on a phone with an 18:9 display aspect ratio. He also posted an image, which shows the top half of the alleged device with a bezel-less design.

However, OnePlus is expected to equip the OnePlus 5T with a slightly larger 3450mAh battery, as compared to the 3300mAh battery on the standard OnePlus 5. This is not confirmed yet, but the company has clarified that it will support Dash Charge and won't incorporate wireless charging into their smartphones yet.

The only confirmed specification of the device is that it will retain the 3.5mm audio jack. As Apple and Google have choosen to ditch the audio jack on their latest flagship smartphones, OnePlus co-founder Carl Pei went ahead to describe in detail why the company plans to retain the headphone jack.

In terms of optics, the One Plus 5T is expected to feature an improved dual-camera setup. A previous leak had suggested that the OnePlus 5T’s setup may features two 20MP sensors, instead of the 20MP+16MP setup currently being used in the OnePlus 5.

Recently, Oneplus co-founders, Carl Pei and Pete Lau each posted an image on Twitter, but didn’t mention which device was used to take the photo. Rumours suggest that the image may have been taken with the OnePlus 5T.

A new report has suggested that the OnePlus 5T could be priced the same as OnePlus 5 in the UK. The current OnePlus 5 smartphone is priced at Rs 32,999 for the 6GB/64GB variant and Rs 37,999 for the 8GB/128GB variant.  According to the report, the smartphone might become available in India at a starting price of Rs 32,999.

Other reports suggest that the OnePlus 5T is expected to be priced starting at $549 (Rs 37,500 approx, directly converted) for the 6GB variant. Oppomart had even listed the phone for pre-order on its website for the same amount.

The official launch of the OnePlus 5T will take place on November 16 in New York, but OnePlus fans can pay Rs 99 and watch the event at PVR Cinemas in select cities. The smartphone will go on its first sale in India on November 21 and official sales start from November 28 exclusively on Amazon India.

It should be noted that apart from the launch dates, dash charging and the 3.5mm audio jack inclusion, OnePlus hasn’t confirmed anything yet. As such, other leaks and listings need to be taken with a pinch of salt until OnePlus officially launches the smartphone.