OnePlus 5 was the highest grossing smartphone during launch week on Amazon India: OnePlus

OnePlus claims that the OnePlus 5 has seen three times growth in sale during the first week. The smartphone is available via open sale from Amazon India at starting price of Rs 32,999 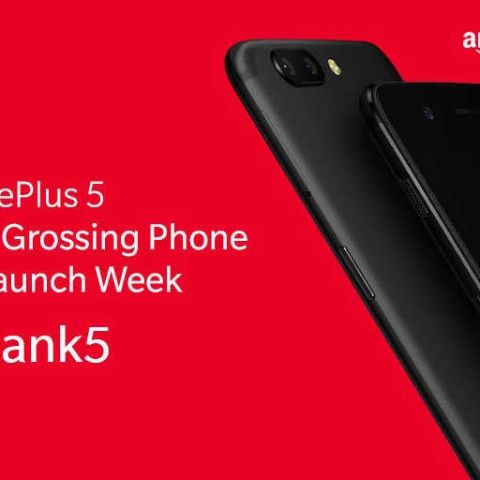 OnePlus has announced that the OnePlus 5, its latest flagship smartphone, has become the highest grossing smartphone on Amazon India during launch week. The company has not revealed how many units were sold during the launch week, but it looks like the handset is off to a great start in terms of sales.

The OnePlus 5 was announced in India on June 22 and went on sale exclusively via Amazon India on the same day at 4.30PM. OnePlus claims that the OnePlus 5 has seen three times growth in sale during the first week. The handset was made available via open sale starting June 27 from Amazon India and OnePlus store.

The OnePlus 5 also comes with a new dual-rear camera setup; one 16MP wide-angle lens and another 20MP telephoto lens. The smartphone also sports a 16MP front camera with electronic image stabilisation. The OP5 is backed by a 3300mAh battery and runs Android 7.1.1 Nougat based OxygenOS. Read our full review of OnePlus 5 here.