Now a NoPhone to stop your smartphone addiction 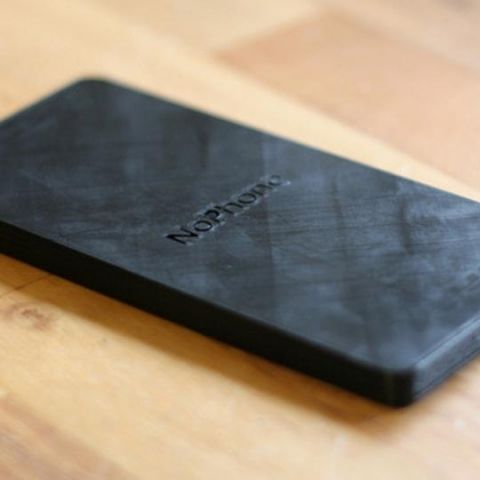 A group of inventors from New York have launched a NoPhone on Kickstarter to beat your smartphone addiction. The device is a rectangular piece of plastic which resembles a smartphone but doesn't do anything.

The NoPhone Kickstarter page mentions features like "battery free, no upgrades necessary, shatterproof [and] waterproof." It is being touted as an ideal replacement for your pesky iPhone or Android phone. It also comes with an optional "Selfie Upgrade" (a mirror sticker). The team behind the NoPhone are aiming for $30,000 in funding, for a phone which does nothing. This might very well be a prank from a group of friends, however it address a serious issue.

NoPhone's Kickstarter page says, "Phone addiction is real. And it's everywhere. It's ruining your dates. It's distracting you at concerts. It's disrupting you in movie theaters. It's clogging up sidewalks. Now, there is a real solution."

They add, "The NoPhone is [a] technology-free alternative to constant hand-to-phone contact that allows you to stay connected with the real world."

Recent studies have revealed the cell phone addiction is becoming a very real problem with people. Researchers conducted a study that found that most users get nervous if separated from their smartphones for more than a few minutes. Another report released by the Bank of America stated that almost half of the Americans admit that they could not go a day without their smartphones.

A new line of clothes called Focus: Life Gear by Trident was launched by Japanese designer Kunihiko Morinaga recently, to wean you off your smartphone. The clothing line blocks radio waves from reaching your smartphone, making it useless.