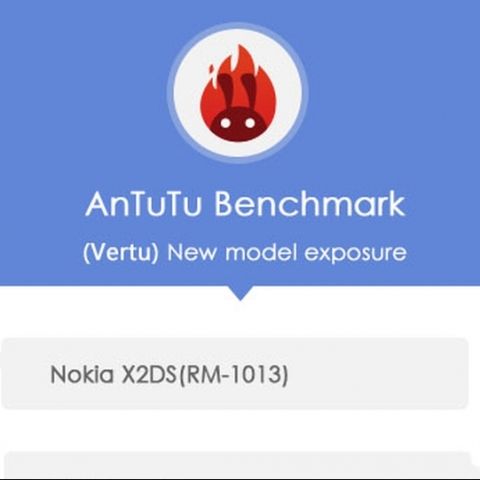 More details about Nokia's next X series smartphone have emerged. According to an Antutu Benchmark listing, the X2 will be an entry-level device.

The AnTuTu benchmark report reveals the X2 will be running Android 4.3 and powered by a Qualcomm Snapdragon 200 MSM8x10 dual-core processor along with 1GB of RAM. The smartphone will sport a 4GB of ROM.

The Nokia X 2 will have a 4.3-inch display with 800x480 resolution and sport a 5MP primary unit and a 0.3 front facing camera. According to older rumours, the smartphone will feature a dedicated home button as well. You can check out the X2 benchmark results here.

When rumours about the Nokia X2 surfaced, it was speculated Nokia will be delivering a higher spec'd Android smartphone, on the lines of Motorola's Moto G and Moto E. However, the new leak rumours indicate the Nokia X2 will be an entry-level smartphone.

So far, there's no word on the price or availability of the smartphone. But, we expect it to be available by end of this year or starting next year.

Now that more details about the X2 have been revealed, what do you think about the smartphone? Let us know your views in the comments section below: