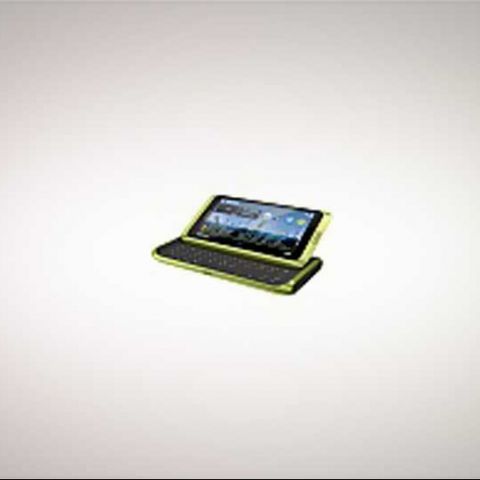 Nokia World 2010 has barely begun, and already the Finnish mobile giant has launched three new phones – E7, C7, and C6 (C6-01) – all of which are Symbian^3 devices. If you were hoping for any MeeGo devices, you’re out of luck for now, as it seems there will be no such devices released for a while. In the meantime, enjoy the flood of devices that feature the the latest Symbian OS (the Nokia N8 included), an interface that Nokia hopes will support the smartphone mantle for a while. In fact, a spokesperson from Nokia gushed about the new phones and the platform:

“Today our fight back to smartphone leadership shifts into high gear. Despite new competition, Symbian remains the most widely used smartphone platform in the world. Our new family of smartphones introduced today feature the all-new Symbian OS, rewritten to be faster, easier to use, more efficient and more developer friendly”

All three phones will apparently begin shipping “before the end of the year.” The Nokia N8, the flagship Symbian^3 device, will be the first to launch in late September, early October.

Before we take a look at the three new devices, it is important to note that Nokia is also introducing a new display technology with them, called Nokia ClearBlack Display, or CBD. Promising better black as well as superior contrast ratio, colour and brightness, CBD is an AMOLED technology that’s set to compete with the iPhone 4’s Retina Display, as well as the new SuperLCD and AMOLED screens shown off by other competitors, including Samsung, Motorola and HTC. The general consensus among those who’ve managed to see the display with their own eyes is that CBD certainly has hope, though it is early days yet.

The Nokia E7 is called the “Ultimate Business Smartphone” by Nokia, and features a full QWERTY keyboard on a horizontal slider, a 4-inch CBD AMOLED tilting touchscreen display with a 640x360 pixel resolution, 16GB internal storage, 256MB RAM, and 1GB ROM. The details about the processor are not yet available. One of the phone’s USPs is its ability to create PowerPoint presentations on the move. It also features the Nokia N8's aluminium body, and the same bright anodized colours. It will be priced at approximately €495, or Rs. 29,552. Find the full specifications in the comparative chart on the next page. Check out a video introducing the phone in the meanwhile.

Certainly well-photographed, the Nokia C7 was leaked on multiple occasions prior to today’s announcement, and is an entertainment and social networking device that lets you “Share more of you. And do it in style.” It features a 3.5-inch CBD AMOLED screen with a resolution of 360x640 pixels, 8GB internal storage, and stereo FM with FM transmitter. It will be priced at approximately €335, or Rs. 19,999. Find the full specifications in the comparative chart on the next page. Check out a video introducing the phone in the meanwhile.

Representing the lower end of the new Symbian^3 range, there is not much difference between the C7 and the C6-01, except that it has a smaller display, featuring a 3.2-inch CBD AMOLED screen with a 640x360 resolution, and less internal storage, with just 340MD onboard. A 2GB microSD card will come bundled with the phone though. It will be priced at approximately €260, or Rs. 15,523 . Find the full specifications in the comparative chart on the next page. Check out a video introducing the phone in the meanwhile.

Check out a complete comparison chart on the next page...